CCMA Greenbrief May 14: CA Tax Revenue About $100M Below Estimates… Cannabis Transporters May Have To Report Themselves To Feds… Regulators Say Crackdown Is Needed on Black Market Cannabis…

Home / Green Brief / CCMA Greenbrief May 14: CA Tax Revenue About $100M Below Estimates… Cannabis Transporters May Have To Report Themselves To Feds… Regulators Say Crackdown Is Needed on Black Market Cannabis…
Share 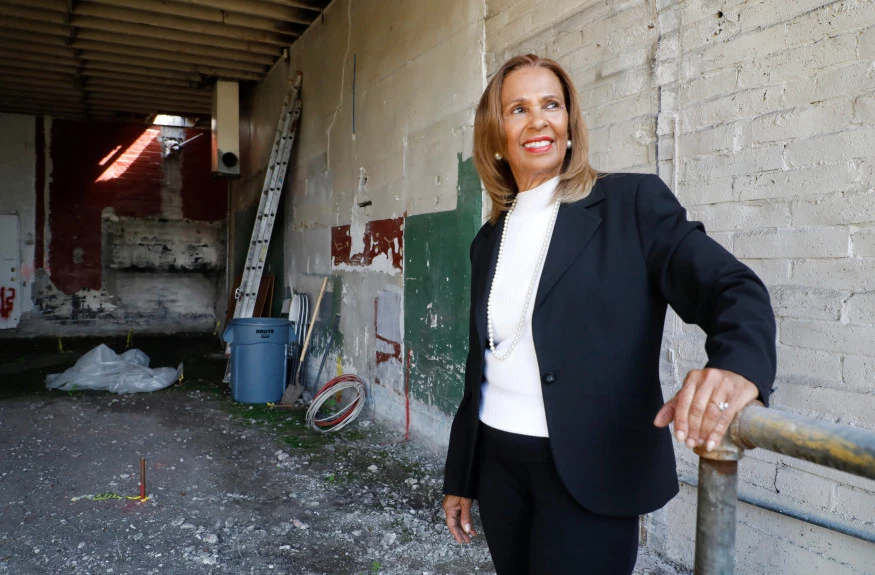 At The Age Of 70, Sue Taylor Is The First African American Senior To Own
A Medical Cannabis Dispensary In The Bay Area
“You don’t go on the medical cannabis journey without your primary care doctor. Whether they agree with your decision to use cannabis or not, they need to be in the loop, and let you know whether it’s safe to reduce or discontinue any medications you’re taking.”
Sue Taylor, Owner Of ICann In Oakland On Cannabis Benefits For The Elderly
“If I’m elected to represent California in the United States Senate, I’ll sign on to Senator Cory Booker’s legislation immediately after my swearing-in ceremony.”
Senator Kevin De León Referring To The Marijuana Justice Act

California’s Top Cannabis Regulator Says Crackdown Needed On Unlicensed Businesses (CA – State Regulations)
Sonoma Index-Tribune (May 11, 2018) Cannabis has been recreationally legal in California since January 2017, but a conference Wednesday in the burgeoning commercial hub of the industry highlighted how in key areas — licensing, compliance, insurance and banking — there are still some issues.
http://www.sonomanews.com/business/8318748-181/californias-top-cannabis-regulator-says
California Pot Growers Say High Taxes Hurting Marijuana Industry (CA – State Regulations)
KRON 4 (May 11, 2018) The first quarter tax revenue numbers are in on tax money raised for the state from legal marijuana sales; $34 million dollars has been raised so far. That figure is well below the governor’s prediction of  $175 million dollars in the first six months. On Friday, KRON4 talked to pot growers and dispensaries. They say the state’s taxes are too high and hurting the new legal industry and even forcing some customers to the black market.
http://www.kron4.com/news/bay-area/california-pot-growers-say-high-taxes-hurting-marijuana-industry/1174612668
California Cannabis Tax Revenues Total 60.9 Million In First Quarter (CA – Cannabis Sales)
KMIR (May 11, 2018) The California Department of Tax and Fee Administration (CDTFA) today released revenue numbers for cannabis sales in the first quarter of 2018. Tax revenue from the cannabis industry totaled $60.9 million since January 1, 2018, which includes state cultivation, excise and sales taxes. It does not include local tax revenue collected by cities or counties.
https://kmir.com/2018/05/11/california-cannabis-tax-revenues-total-60-9-million-in-first-quarter/
California Rules May Make Weed Shippers Report Themselves To The Feds (CA – Transportation)
Wired (May 13, 2018) Imagine driving through California, your vehicle packed with Mendocino County’s finest kush. That scenario might once have induced a panic attack or—depending on your temperament—an adrenaline spike. Now that medical and adult-use recreational cannabis is legal, it’s a legit way to make a paycheck, and hitting the road with a trunk full of the devil’s lettuce is mostly cool.
https://www.wired.com/story/california-cannabis-shipping-regulations/
How A Retired East Bay Catholic School Principal Became A Cannabis Dispenser (CA – Cultivation)
East Bay Times (May 14, 2018) Asara Tsehai, a holistic health educator and wellness coach in Oakland, was mystified when she reached menopause and suddenly began experiencing insomnia. Finally, a friend suggested an edible cannabis product called Gummi Cares. Tsehai, 59, was at her wit’s end, she said, so she agreed to try the marijuana-infused product, known as an edible.
https://www.eastbaytimes.com/2018/05/14/how-a-retired-catholic-school-principal-became-a-cannabis-dispenser/
Kevin DeLeón Is The Pro-Cannabis Candidate That Sen. Feinstein Is Afraid To Debate (CA – Cannabis Politics)
Herb (May 12, 2018) In a crowded California Senate race of just over 30 candidates, the front-runner Democrat Sen. Dianne Feinstein leads all of her opponents by double digits. Only two candidates currently stand a chance to face her in November: white-nationalist Patrick Little who has made some seriously questionable remarks, and the president of the California state Senate, Kevin DeLeón, a fellow Democrat and the only viable cannabis candidate on offer.
https://herb.co/marijuana/news/kevin-deleon-dianne-feinstein-california
Why Researching Medical Marijuana For Veterans Faces More White House Hurdles (USA – Cannabis Research)
McClatchy DC Bureau (May 11, 2018) Amid budding efforts to research the medical benefits of marijuana, a simple problem has emerged — how do you research marijuana if no one can produce it under federal law? Despite a solution proposed in mid-2016, which allowed the Drug Enforcement Administration to approve marijuana manufacturers, only the University of Mississippi has been approved, despite dozens of applications to do so. And there’s no sign the DEA intends to approve others anytime soon.
http://www.mcclatchydc.com/news/politics-government/congress/article210936684.html
The Past, Present And Future of Cannabis: An Interview With Mel Frank (USA – Cannabis Regulation)
Marijuana.com (May 11, 2018) After attending the opening of Mel Frank’s, “When We Were Criminals,” I was eager to learn more. The exhibition is at M+B Photo in Los Angeles and it captures the life and times of cultivators and the development of cannabis across decades, throughout the United States. Mel Frank is the pen name of James Goodman, the botanist, photographer, and author renowned for his genetic work with cannabis.
https://www.marijuana.com/news/2018/05/the-past-present-and-future-of-cannabis-an-interview-with-mel-frank/
4 Must-Read Quotes On Marijuana From DEA Head Robert Patterson (USA – DEA)
Motley Fool (May 12, 2018) The marijuana industry is growing by leaps and bounds in North America. Cannabis research firm ArcView, in partnership with BDS Analytics, found that legal pot sales soared 33% in 2017 to $9.7 billion. A decade from now, ArcView sees North American sales topping an estimated $47 billion. This impressive growth is due to a combination of state- and country-level expansion, as well as a general shift in the way people perceive cannabis.
https://www.fool.com/investing/2018/05/12/4-must-read-quotes-on-marijuana-from-dea-head-robe.aspx
What Happens To K-9 Police Dogs When Marijuana Is Legalized? Euthanasia Claims Spark Outcry (USA – Law Enforcement)
Newsweek (May 12, 2018) A county official who trains police dogs in Illinois created a firestorm on social media earlier this week when he predicted that legalizing marijuana in his state would lead to the euthanization of existing K-9 service dogs.
http://www.newsweek.com/marijuana-pot-police-dogs-k9-k-9-euthanized-retired-pot-use-illinois-923470
Cura Cannabis Goes International (USA – Cannabis Market)
Cannabis Now (May 12, 2018) Cura Cannabis Solutions is in the process of closing out a $20 million funding round that doubles their valuation from $200 million to a cool $400 million over the last eight months, said the company’s co-founder and president, Cameron Forni. Having gained amazing traction since its launch in September 2015, then making legal cannabis history recently by reporting $18 million in sales for the first quarter of 2018, investors were breaking down the doors.
https://cannabisnow.com/cura-cannabis/
Should I Grow My Own Weed At Home? Here’s What You Need To Know (Canada – Cannabis Cultivation)
The Guardian (May 14, 2018) The Canadian government, which is likely to legalize cannabis nationwide this summer, said it planned to allow home grows of up to four marijuana plants, which might yield 5lb in a year to an experienced grower, and is certainly consumable by an experienced smoker.
https://www.theguardian.com/society/2018/may/14/should-i-grow-my-own-marijuana-how-what-to-do-tips
Canadian Pot Growers Say Marijuana Byproduct A Wasted Opportunity For Industry (Canada – Regulation)
CBC (May 12, 2018) Licensed marijuana producers in Canada are throwing out thousands of kilograms of plant waste each year in what some of them say is a missed opportunity to find other uses for the byproduct. Health Canada’s destruction policy for producers makes it impossible to benefit or learn from the potentially valuable waste product, said Terry Lake, the vice-president of corporate social responsibility at Hydropothecary, a licensed producer in Gatineau, Que.
http://www.cbc.ca/news/canada/british-columbia/marijuana-byproduct-uses-health-canada-destruction-policies-1.4660874