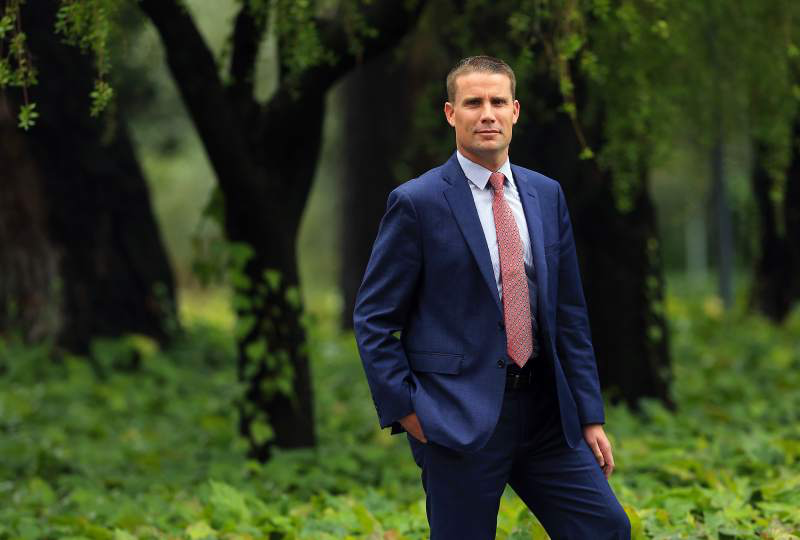 “The North Coast is the heart of California’s cannabis country, which means we also have the lion’s share of the challenges related to the black market. While the state has invested mightily in the [California Department of Fish and Wildlife] Watershed Enforcement Team, we need to continue to advance investments that will protect those who are legal and licensed and go after those bad apples that currently exist in the industry.”
Senator Mike McGuire (D-Healdsburg) On Gov. Jerry Brown’s Proposal To Crack Down On The Illegal Cannabis Industry
“Cannabis right now is internet 1996. It is the slow bandwidth, it is three maybe providers, two browsers, and that what we have right now. We have maybe three or four major companies, a groundswell of small dispensaries and farms, but that is the beginning. And now we fast forward to 2018 for the internet. Where are we now? There’s apps, There’s apps for everything. There’s apps for when your dog sneezes.”
Ophelia Chong, A Founder Of Asian Americans Of Cannabis Education, On Diversifying The Cannabis Industry 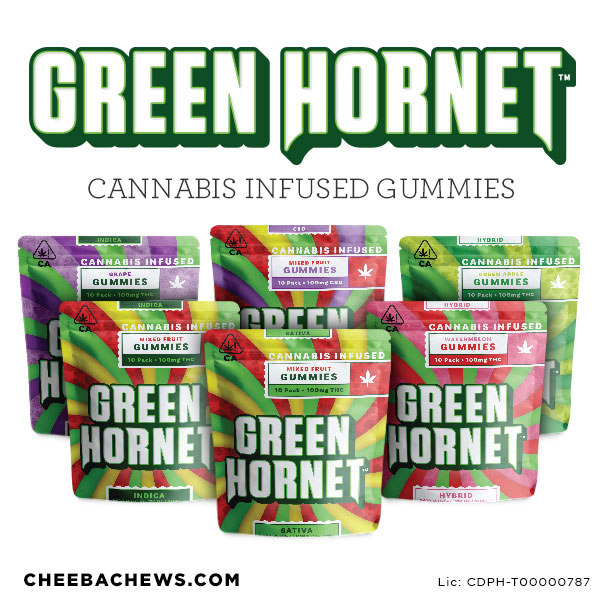 Gov. Brown Wants To Tackle Conspiracy Crimes In Black Market Pot (CA – Cannabis Regulation)
Times Standard News (May 24, 2018) Gov. Jerry Brown has proposed giving $14 million to his Department of Justice in 2018-19 to crack down on tax evasion, conspiracy and other financial crimes by the black market cannabis industry as well as stem the flow of illegal cannabis in the mail and parcel delivery systems. The department says enforcement efforts by five investigative teams would reduce the unfair advantage the black market has over the fledgling legal cannabis industry, cover enforcement gaps in illegal distribution, reduce environmental damage and recoup lost tax revenues.
http://www.times-standard.com/article/NJ/20180523/NEWS/180529921
How The California Weed Market Has Changed (CA – Cannabis Industry)
Marijuana Stocks (May 24, 2018) As of last Friday, May 18th, there were a few changes made to the space on California cannabis laws. Although these changes are in no way drastic, they do represent an updated policy to how the state is dealing with the process of legal cannabis. These types of legislative updates can in the future become the framework for successful marijuana policy.
http://marijuanastocks.com/how-the-california-weed-market-has-changed/
Bill Will Exempt Compassionate Care Programs From Some Taxes On Cannabis (CA – Cannabis Legislation)
The Bay Area Reporter (May 23, 2018) Gay state Senator Scott Wiener (D-San Francisco) on Thursday (May 24) announced a bill that would exempt compassionate care programs from having to pay some taxes enacted under Proposition 64, the state’s adult recreational marijuana law. Senate Bill 829 would exempt compassionate care programs from paying the excise and cultivation taxes on the marijuana they give away to compassionate use patients, allowing them to resume providing this service without the prohibitive cost.
http://www.ebar.com/news/news/260314
Hold My Oreo, There’s Weed To Smoke (CA – State Regulations)
North Coast Journal (May 24, 2018) With little fanfare, the state of California released its revised cannabis industry regulations last week. The updated regs are largely seen as a baby step between the initial rules released late last year and what will become the final regulations later this year. The latter are largely considered shrug-worthy. What is noteworthy about the new rules from the Bureau of Cannabis Control, the Department of Food and Agriculture and the Department of Public Health is that they allow companies with medical licenses to continue to do business with those holding only adult-use, recreational licenses rather than requiring a separation, which would have been a huge disruption to the industry.
https://www.northcoastjournal.com/humboldt/hold-my-oreo-theres-weed-to-smoke/Content?oid=9265636
Recreational Pot Vendors Don’t Need To Keep Your Personal Info, But They Do Anyway (CA – Privacy Concerns)
Fresno Bee (May 24, 2018) California recreational marijuana dispensaries are collecting customers’ personal information – including government identification documents as well as what products they buy – even though the record keeping is not part of Proposition 64, the state law voters approved in November 2016. Collection of the data raises concerns for some because it remains unclear how the federal government intends to respond to marijuana legalization, since the herb remains a controlled substance in U.S. statutes.
http://www.fresnobee.com/news/local/pot-in-california/article211813819.html

Recreational Cannabis Is Legal In California – But Not In Monterey. Here Are The Do’s And Don’ts. (CA – County Regulations)
Monterey County Weekly (May 24, 2018) With recreational cannabis legal for people ages 21 and up in California as of Jan. 1 thanks to the Adult Use of Marijuana Act, you might expect more pot at this year’s festival. But with cannabis sales still forbidden within Monterey city limits – and a provision in the AUMA that it may not be smoked in public – Monterey Police Lt. Ethan Andrews cautions that little has changed. “You can’t go to the festival this year and smoke marijuana legally,” Andrews says. “Really, there’s no change.”
http://www.montereycountyweekly.com/news/cover/recreational-cannabis-is-legal-in-california—but-not/article_471b5574-5ed6-11e8-92ef-73b2a9da8057.html
California’s Legal Marijuana Businesses Blow Whistle On Unlicensed Operators (CA – Cannabusiness)
Marijuana Business Daily (May 23, 2018) A number of permit-holding marijuana retailers in California view unlicensed competitors as serious threats. While fully compliant cannabis retailers across the Golden State are being forced to pass high tax rates on to their customers, some brazen unlicensed dispensaries advertise that they don’t pay state or local taxes, meaning their marijuana is far cheaper than prices at law-abiding shops.
https://mjbizdaily.com/california-legal-marijuana-businesses-blow-whistle-on-unlicensed-operators/
High Times NorCal Cup Granted Recreational License (CA – Cannabis Event)
High Times (May 24, 2018) For more than 30 years, High Times Cannabis Cups have offered event-goers everything they could ever want to experience about cannabis—everything except the experience of cannabis itself. Until now. With Proposition 64 finally in full effect in California, adult-use cannabis sales are completely legal. And even though public cannabis consumption is banned by state law, state and local governments have decided to grant the 2018 NorCal Cup the second-ever license sanctioning adult-use cannabis at the event.
https://hightimes.com/news/high-times-norcal-cup-granted-recreational-license/
Cannabis May Protect The Brain Against Stress And Injury, Here’s Why (USA – Cannabis Effects)
Leafly (May 24, 2018) Each year, around 2 million Americans experience a sport-related traumatic brain injury (TBI). Soldiers are also at elevated risk for TBI; 17% of deployed soldiers to Iraq experienced a TBI, and among them, 59% experienced multiple TBIs. On a less overt level, our stress levels are on the rise. And to make matters worse, there’s a direct link between stress and increased risk for cardiovascular effects like heart attack and stroke. Both brain injury and cardiovascular events elevate risk for age-related brain disease like dementia.
https://www.leafly.com/news/health/cannabis-effects-brain-damage-after-injury

Why The Marijuana Industry Wants Friends Like John Boehner (USA – Legalization)
Slate (May 24, 2018) Americans want marijuana to be legal, or at least more legal. A recent Quinnipiac poll found 70 percent of Americans oppose federal interference in state-legal marijuana markets, and even more want some form of access for medical use. In one recent sign of the solidifying bipartisan consensus, last month former Republican Speaker of the House John Boehner, who once declared himself “unalterably opposed” to legalization, joined the advisory board of cannabis company Acreage Holdings. Boehner’s thinking evolved, he told Bloomberg, after seeing how cannabis benefited a friend with a bad back.
https://slate.com/business/2018/05/why-the-marijuana-industry-wants-friends-like-john-boehner.html
DEA Report: Marijuana Seizures Fell Nearly 40 Percent in 2017 (USA – Federal Regulations)
Norml (May 23, 2018) Seizures of indoor and outdoor cannabis crops in the United States fell nearly 40 percent between the years 2016 and 2017, according to annual data compiled by the US Drug Enforcement Administration. According to figures published in the DEA’s Domestic Cannabis Eradication/Suppression Statistical Report, the agency and its law enforcement partners confiscated an estimated 3.38 million marijuana plants nationwide in 2017.
http://blog.norml.org/2018/05/23/dea-report-marijuana-seizures-fell-by-nearly-40-percent-in-2017/

Michigan, Utah, Oklahoma Will Have Legal Weed On 2018 Ballot (USA – Legalization)
Now This (May 17, 2018) Three U.S. states will be voting to legalize weed in 2018: The Coalition to Regulate Marijuana Like Alcohol in Michigan submitted more than 365,000 signatures to get a question about full legalization on the 2018 ballot. If the initiative passes, it’ll be legal for anyone 21 and older to possess and consume cannabis in Michigan. It would also allow businesses to grow and sell cannabis.
https://nowthisnews.com/videos/weed/michigan-utah-oklahoma-will-have-legal-weed-on-2018-ballot
Cryptocurrency And The Allure Of A Cashless Cannabis Industry (USA – Cannabusiness)
Entreprenuer (May 24, 2018) The legal marijuana industry in the United States is awash in cash. Literally. With reports that cannabis businesses generated almost $61 million in tax revenue for California in just the first quarter of recreational marijuana sales, it’s important to remember that the money moving through the marijuana financial system is almost 100 percent in cash.
https://www.entrepreneur.com/article/313905