“The creation of these equity programs is the beginning of acknowledging the greater issue of the criminalization of brown and black people. These policies are not reparations, but moves toward restoring justice.”
Cannabis Equity Activist Nina Parks On Rebuilding Populations That Have Been Affected Most By The War On Drugs

“We are constantly working to improve our search results so that we minimize the opportunity for people to attempt illicit drug sales while showing content that is allowed on Facebook and is relevant to what you are searching. When searching ‘cannabis’ or ‘marijuana,’ Pages that have been verified for authenticity will now be included in search results.”
Facebook Spokeswoman Sarah Pollack On Cannabis Search Results On Facebook 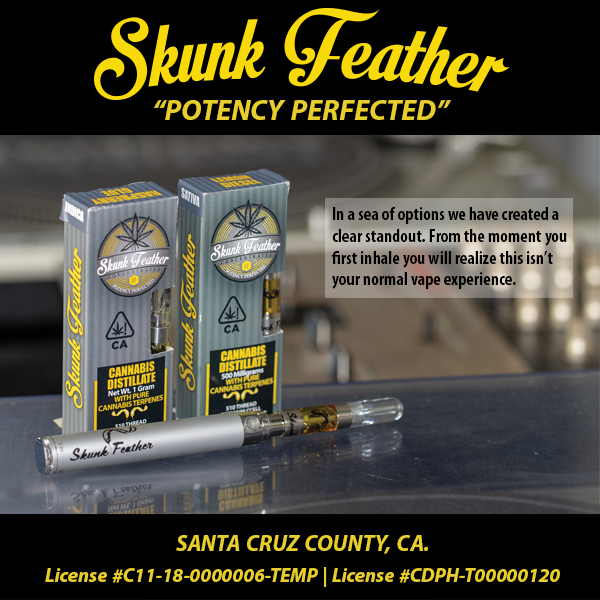 Join the CCMA and a group of lawyers and licensed operators along the cannabis supply chain to talk about contracts and agreements between cannabis operators – from cultivators to manufacturers, distributors, labs and retailers. We even have a lawyer focused on deal terms for companies raising $$ or getting acquired.

Coastal View (October 10, 2018) The City of Carpinteria began its review of a proposed cannabis ordinance last week, which could result in lifting the local moratorium on cannabis commerce, specifically to allow testing, manufacturing and delivery in the near future. Meanwhile, Santa Barbara County’s regulations, passed last spring, were considered and amended by the California Coastal Commission on Oct. 10. When enacted, these rules will apply to cannabis farmers outside of city limits in Carpinteria Valley. Both the city process to decide which types of cannabis businesses will be permitted and the Coastal Commission hearing highlight that there is a complex web of laws regulating cannabis and that Carpinteria Valley has emerged as an important region in the cannabis industry.

Marijuana Business Daily (October 12, 2018) Three former executives claim in a new lawsuit that prominent California marijuana consultant Avis Bulbulyan is a “talented prevaricator” whose “entire professional image is built on a carefully manufactured foundation of deceptions.” The suit, filed last week by Lance Ott, David Yeager and Steve Baghoomian alleges Bulbulyan lured them to join his cannabis consultancy, SIVA Enterprises, at below-market rates on the false representation that he had raised tens of millions of dollars from investors that included music mogul Quincy Jones.

The Press Democrat (October 11, 2018) The pungent smell of cannabis planted on this west-facing hillside in the Sonoma Valley mixed with the odors of damp volcanic soil, aromatic pine and cattle musk from a herd watching over a calf crying for its mother. A five-person farm crew cut down the plastic trellis holding up marijuana stalks laden with dense colas of Purple Punch, among the earliest flowers to ripen at this nearly 700-plant, one-acre biodynamic cannabis plot run by Terra Luna Farms in Glen Ellen. They cut down the stalks, piled them onto carts and wheeled them to a small truck parked at the end of the row — a haul that will ultimately end up on the shelves as flowers or infused products at SPARC’s four dispensaries in Sonoma and San Francisco counties.

The National Law Review (October 11, 2018) Recently, U.S. Representative Matt Gaetz introduced the Medical Cannabis Research Act (the “Act”), which would facilitate and encourage federally-approved clinical trials testing the medicinal effects of chemicals found in the marijuana plant. The bill is notable because, if passed, it would bypass the U.S. Department of Justice (DOJ) as it relates to marijuana research licenses and would put the task in the hands of Congress. Currently, the House Judiciary Committee, which is responsible for the drug enforcement efforts of the federal government, approved the measure. If this bill passes, it would provide an opening for more medical marijuana research, which has been virtually non-existent at the federal level over the last five decades.

Marijuana Moment (October 11, 2018) A marijuana research bill approved by a key U.S. House committee last month would have a “negligible” effect on direct federal spending, according a new analysis from Congress’s official fiscal analyst. The legislation would force the Department of Justice to begin issuing more licenses to growers of cannabis to be used in scientific research, an issue that has been a contentious one between the Trump administration and members of Congress, including Republicans. But its fiscal impact would be slim, the Congressional Budget Office (CBO) said in a two-page cost estimate released on Wednesday.

Marijuana Business Daily (October 11, 2018) In November 2016, the U.S. marijuana industry was aflutter over both the election of President Donald Trump and his nearly immediate appointment of then-U.S. Sen. Jeff Sessions as attorney general. Many also speculated that raids on state-licensed MJ companies could lead to an extended legal battle with the federal government over states’ rights, perhaps even with the U.S. Supreme Court ultimately playing a role. Of course, none of that has come to pass. In fact, it’s been nearly the opposite.

Los Angeles Times (October 10, 2018) Rob Jenkins tried for four years to find a job, scouring the internet for anything that seemed at all appealing — a maintenance position at a Chevron refinery, a counselor for foster kids, a clerk at Hertz. Some employers seemed interested, until they found out about his 2008 misdemeanor conviction for growing marijuana. He found himself in the same situation as hundreds of thousands of others across the country whose prospects for the future were diminished by criminal records for marijuana cultivation or possession. Now a new movement accompanying the widespread push for pot legalization may give them a second chance and help black and Latino neighborhoods that have been the focus of drug law enforcement. The aim is to wipe records clean and help people put their formerly illicit skills to use in the booming industry of legal cannabis.

Money Morning (October 11, 2018) Legalizing recreational marijuana could create a $24.5 billion industry by 2021, and we’re giving our readers an insider advantage by showing them which states experts believe will legalize recreational marijuana next. You know what’s going to happen when more states legalize recreational cannabis. Demand is going to skyrocket when anyone 18 or older is able to buy cannabis legally. Marijuana growers will need more equipment to grow more plants, and that’s more money for manufacturers of specialty lights, indoor grow systems, farm real estate, and financiers. With more equipment to grow more cannabis, growers will have more marijuana plants to sell to dispensaries.

MarketWatch (October 11, 2018) Less than a week ahead of the legalization of adult recreational marijuana sales in Canada, Facebook Inc. will end a months-long block on cannabis and related search results for pages on its platform, the company told MarketWatch ahead of the change Thursday. Marijuana-related search results for categories such as posts, pages and events were filtered by Facebook FB, +1.30% within the past year because people had been using the platform to sell pot in violation of its policies, according to a spokeswoman. As of Thursday, Facebook members around the world will be able to find cannabis-related pages that carry the company’s “gray” and “blue” verification symbols via search terms such as “marijuana.”

Marijuana Business Daily (October 11, 2018) Canada’s securities watchdog is warning the country’s publicly traded marijuana companies to improve their disclosure practices – including any risks tied to their executives and employees crossing into the United States – or face additional regulatory action. The warning came in a detailed notice published Oct. 10 by the Canadian Securities Administrators (CSA), an umbrella organization for provincial securities regulators. The CSA said in the notice that its review of 70 cannabis industry companies found that many had inadequate, inconsistent or misleading disclosures to shareholders. Issues were found for all licensed producers that were reviewed. Three-quarters of the companies with U.S. marijuana-related activities took action to improve their disclosure, with 17% refiling their most recent management’s discussion and analysis to correct “more pervasive deficiencies,” the report found.

TribLive (October 10, 2018) Mainstream executives want in on the cannabis craze. That’s not surprising, with the value of some Canadian pot businesses topping $10 billion and Coca-Cola Co. and Molson Coors Brewing Co. eyeing marijuana as the next trendy ingredient. But the burgeoning industry faces a unique hurdle: Pot is still illegal at the national level in the United States — the world’s biggest consumer market. As Canada prepares to legalize weed next week, and regulations loosen in some U.S. states, there’s growing demand for experienced executives to take leadership roles and help startup companies create the next generation of pot products. Yet, the federal ban in the U.S. has created a legal minefield for headhunters trying to find enough bodies to meet demand.