“In the fast-evolving cannabis sector, dynamics can change quickly. The most recent example is beverage companies taking stakes in cannabis companies. While that dynamic was not completely unexpected, the timing of it perhaps was, and served as a fresh catalyst for the stocks.”
Cowen Analyst Vivian Azer On Cannabis Companies Taking Over The Consumer Space In The U.S. Market

“The industry is at about 5 percent of what it will be someday. Even if the path forward isn’t straight, we’re certainly on a path forward. The tide has changed, and there’s no turning it back now.”
Tyler Stratford, Director Of Client Operations For Canna Advisors, On Cannabis Being Positioned For Strong Growth In The World Market 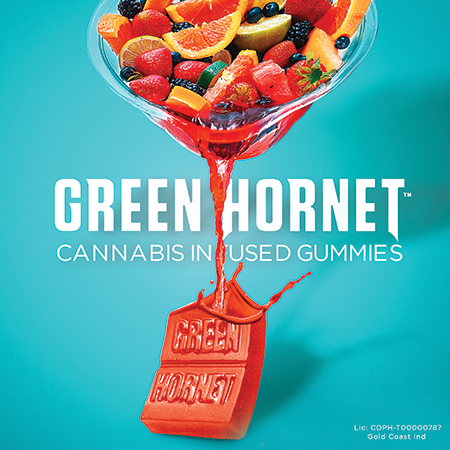 Leafly (October 8, 2018) San Diego remains a risky place to courier cannabis without a state and local license, more folks learned this October. Authorities announced the arrest of two people they suspect ran Leaf Life delivery service out of their home, seizing 50 pounds of products, and $3,500 in cash. San Diego might lead the state in delivery busts — the city’s been at it for nearly a generation, ever since medical legalization in 1996. Los Angeles also makes delivery interdiction a priority. In September, Los Angeles announced a nine-month arrest tally of 515 people, comprising 101 delivery businesses. State officials at the Bureau of Cannabis Control also began delivery enforcement this summer.

Forbes (October 8, 2018) Humboldt County, California is world renowned for producing some of the top tier cannabis strains. Socially conscious cannabis company Papa and Barkley, based in Eureka, is stimulating the local economy while utilizing locally grown strains in their product line. The population of Humboldt is approximately 300,000, with about 28,000 people in Eureka. The town and the surrounding area has fallen on hard times since the logging industry, shipping and lumber companies have left the area. P&B is poised to become a significant employer in Humboldt along with Coast Seafoods and Fox Farms. The company is aware that hiring employees locally makes a positive impact.

CBS San Francisco (October 8, 2018) A 120-year-old family-run Berkeley business may reopen as a first-of-its-kind cannabis nursery. Back in 2014, Yabusaki’s Dwight Way Nursery closed down after deaths in the family. Now there is a plan to revive the business. Masao Yabusaki gave KPIX a tour of his shuttered family business. It was the place to purchase and learn about Japanese Bonsai trees. His grandfather, and namesake, Masao and grandmother Tamoko operated the place since the 80’s but when his aunt Emi died of cancer, Yabusaki says everything changed. Since then these gates have remained closed. Now the 27-year-old is hoping cannabis can bring this place back to life.

Gonjapreneur (October 8, 2018) Texas Governor Greg Abbott announced last Friday that he is in favor of reducing cannabis possession penalties throughout the state, the Texas Observer reports. In a debate for the upcoming gubernatorial elections, Gov. Abbott proposed reducing the maximum punishment for possessing less than two ounces of cannabis from 180 days in jail and a maximum $2,000 fine to no jail time and a maximum fine of $500. Specifically, he suggested speaking with the legislature about “reducing the penalty … from a Class B misdemeanor to a Class C misdemeanor.”

PR Newswire (October 8, 2018) According to data compiled by Genesis Market Insights, the global marijuana market was valued at USD 17.18 Billion in 2017 and is projected to reach USD 58.90 Billion during the forecast period of 2018 to 2023. The main driver for the market is the widespread legalization of recreational and medical cannabis. The medical segment is used to treat conditions ranging from Alzheimer’s to chronic pain, while the recreational market has been booming due to the recent surge in CBD-infused products. Currently, the North American region holds the largest market shares for the industry and is also projected to be the fastest growing market. The U.S. and Canada control the majority of the global cannabis market, but unlike Canada, the U.S. has not legalized cannabis nationwide.

The Street (October 9, 2018) Canadian cannabis company Aurora Cannabis announced that it has filed an application to be listed on the New York Stock Exchange under the ticker symbol “ACB,” the same ticker the stock trades under on the Toronto Stock Exchange. The company will also continue to trade on the OTCQX under the ticker symbol “ACBFF.” The company expects to be trading on the NYSE before the end of the month. The company said that it has a funded production capacity of 500,000 kilograms of cannabis a year with sales and operations on five continents and more than 1,500 employees.

Benzinga (October 8, 2018) There was, from the start, a general misunderstanding about what the FDA decision meant regarding the federal government’s attitude toward CBD sales. The FDA’s approval last June of GW Pharmaceuticals’ patented Epidiolex for juvenile epilepsy led many to think that cannabis or CBD would be immediately rescheduled, but that was not the case: Now, only the use of CBD in Epidiolex itself has been given a green light by the federal government.

Cannabis Business Times (October 7, 2018) The past four years have seen the passage of medical marijuana laws in a handful of Midwestern and East Coast states. Illinois, Pennsylvania, Ohio, Maryland, and even New York can be counted as having relatively young markets. Florida finds itself on an island as the single southern market with substantial upside in terms of patient participation under their current regulatory structure. These new entrants to the broader American marketplace have had the luxury of learning from the successes and missteps of Western states that came before them. In many cases, they have enacted statutes legislatively rather than by ballot measure, allowing many of these new markets to create substantially more robust regulatory frameworks than was the case in early medical states like California, Oregon and Washington.

Yahoo! Finance (October 9, 2018) Cannabis companies are poised to take the consumer space by storm. That’s at least the takeaway from Cowen analyst and cannabis bull Vivien Azer’s latest research note. Azer nearly tripled her revenue-growth based price target on Tilray (TLRY), the leading pot stock, to $172 from $62, maintaining an outperform rating. She also boosted her price target for Canopy Growth Corporation (CGC) to $82 from $74. The “well-capitalized cannabis industry has been evolving rapidly” and looks poised to take on a larger total addressable market than originally forecast, Azer wrote in the note. “Given the nascent stage of global cannabis, we believe that revenue growth should serve as the primary valuation methodology.” And this revenue growth will come from what she sees as four key verticals: adult use, beauty and nutraceuticals, over-the-counter pain and sleep and pharmaceuticals, she said.

Glossy (October 8, 2018) Though the legal cannabis industry is expected to grow by $50 billion by 2026 and hemp-derived Cannabidiol (CBD) accounted for $190 million in retail sales last year, according to Hemp Business Journal, there are still challenges for cannabis-infused brands and products looking to grow and scale. Google and Facebook — prime advertising and brand-awareness online spaces — do not allow drug or drug-related promotions on their sites since marijuana is still illegal on the federal level. Even CBD, which is used in the drug Epidiolex and was approved by the FDA in late June, is listed as an unapproved pharmaceutical and supplement under Google’s advertising policy help page.

Fox 4 Kansas City (October 8, 2018) The latest “it” ingredient to hit menus is CBD, short for cannabidiol, one of over 60 cannabinoids found in the cannabis sativa plant (more commonly known as marijuana). Unlike THC, the most well-known cannabinoid, CBD has no psychoactive effects. So, while it won’t get you high, its reported therapeutic properties have driven CBD sales and popularity in the wellness industry. While researchers are still trying to determine CBD’s effects, some studies suggest it can help treat inflammation, pain, anxiety and seizures.

Bloomberg (October 9, 2018) Walmart Inc.’s Canadian arm has been investigating the possibility of selling cannabis-based products but doesn’t intend to get into the much-hyped business yet. “As we would for any new industry, Walmart Canada has done some preliminary fact-finding on this issue, but we do not have plans to carry CBD products at this time,” spokeswoman Diane Medeiros said in an email, referring to cannabidiol, a non-psychoactive compound found in cannabis plants. The company also has no plans to dispense medical marijuana at its pharmacies “at this time,” Medeiros said.