Loudpack Farms Is Teaming Up With Small California Cultivators, Such As Hannah Whyte of Emerald Queen Farms

“Right now we test our product at three points in the manufacturing process and label for potency. The product then goes into quarantine for a certificate of analysis test for retail. Often when those results come back they are different from the previous tests. Then (we) have to relabel. It’s not efficient or cost-effective. When July 1 came, we were definitely off the shelves for a little while. July was a difficult month for us.”
Karli Warner, Marketing & Communication Officer For Cloverdale-Based Garden Society, On The Hardships Of Tough Cannabis Regulations In CA

“Legalization is expected to increase commercial production of cannabis and cannabis-based pharmaceutical products in the market. This in turn is expected to propel demand for large number of labs to test cannabis for its potency and concentration of unwanted trace materials.”
A Study Conducted By Coherent Market Insights On The Global Cannabis Market’s Need For More Testing Regulations 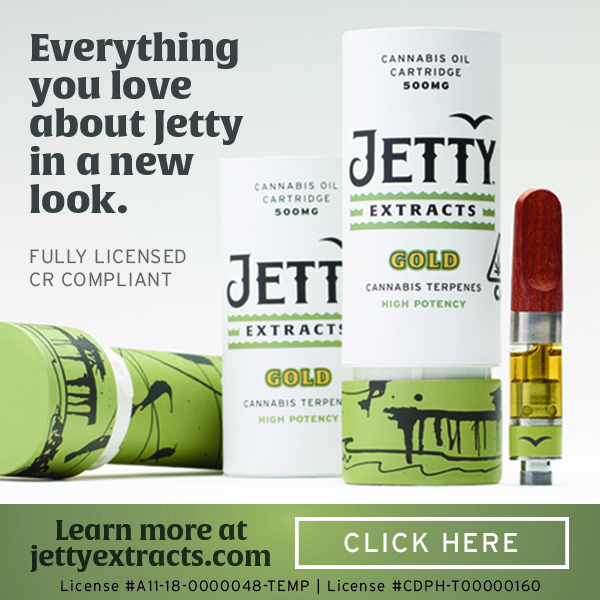 Marijuana Business Daily (October 2, 2018) The California Bureau of Cannabis Control (BCC) revoked a temporary testing laboratory license for the San Diego location of PharmLabs. The lab failed to meet the testing standards and procedures required by state law and the BCC’s regulations, according to a news release. The agency declined a request from Marijuana Business Daily for comment or for specific information about what caused the lab to lose its license. A representative from PharmLabs wrote in a statement emailed to MJBizDaily: “While we have had our temporary license for compliance testing revoked, we are charging forward in hopes to be one of the first labs to have an annual license.”

Cannabis Investing News (September 30, 2018) As the global cannabis market matures, so too will the markets for industry-related products and services linked to cultivation, tracking, distribution and cannabis product testing. In fact, the global market for cannabis product testing alone is expected to grow at an annual rate of 13.2 percent to reach $1.5 billion by 2026, according to Coherent Market Insights. Ensuing safe, quality products is essential for the success for this emerging industry. As with any food and drug related consumer product, microbial and chemical contaminants can compromise not only product quality but consumer health as well. All the stakeholders in this newly emerging industry, including producers, retailers, government regulators and consumers have a vested interest in only reliably safe cannabis products making it into the supply chain.

North Bay Business Journal (October 1, 2018) After a summer in which shifting state labeling and testing requirements have led to increased costs and logistical concerns, causing layoffs, shortages, and in extreme instances, business closures, North Bay cannabis cultivators, distributors and manufacturers are starting to see better times. The state first issued its initial emergency regulations of the emerging cannabis industry on Dec. 7, 2017, and the second version of these regulations on June 4. Those took effect July 1. The changes phased in new testing requirements originally expressed in the January regulations. Permanent regulations introduced on Aug. 27, are expected to take effect in early December.

Merry Jane (October 1, 2018) As the cannabis industry expands in the wake of legalization and the Green Rush, small farmers often struggle to navigate complex state regulations as they find their place in the newly legitimate market. Growing good weed isn’t enough to make it anymore: Growers need not only an avenue to ensure that their weed is compliant with state standards, but also a relationship with legal retailers and brand recognition among consumers. In addition to the difficulties of adapting to a newly legal market, the legendary marijuana farms of northern California have also grappled with devastating wildfires over recent years — making a community of like-minded collaborators a vital asset for craft cannabis producers.

Plumas News (October 2, 2018) By far the most sophisticated cannabis grow to date, and with the highest number of plants discovered, cannabis code enforcement officers were at a public hearing Thursday, Sept. 20, to discuss the results. Nearly 1,000 cannabis plants — marijuana — were discovered in two greenhouses and growing outside a Genesee residence earlier this month. That was one of five cases put before hearing officer Lynn Strom. It was also left until the end of the hour-long hearing inside the supervisors’ chambers in the Plumas County Courthouse. It was on Ward Creek Road that members of the Plumas County cannabis code enforcement team spotted marijuana plants in the Genesee area earlier this month.

This Could Be The Next Nasdaq Cannabis Stock; Pepsi Just Says No (USA – Cannabis Investments)

Investor’s Business Daily (October 2, 2018) Aleafia Health could become the latest company to join the growing list of marijuana stocks, while PepsiCo (PEP) said it has “no plans at this point” to make cannabis beverages. The Canadian company submitted an application to list on the Nasdaq, saying that a listing on a big U.S. exchange would allow it to “rapidly accelerate” its business plans. It would also expand its shareholder base, make it more attractive to institutional investors, and “provide unparalleled liquidity and place Aleafia among a small handful of Canadian cannabis companies.”

News BTC (October 2, 2018) September has been quite an eventful month, and there have been significant changes and events in many industries. However, it has been especially wild when it comes to weed stocks. On September 19th, Canada-based cannabis company called Tilray (TLRY) has seen a significant increase, going as far as 90%. The surge came after the company’s announcement that they are looking to partner up with pharmaceutical firms. At some point, the company’s market cap even exceeded that of Tiffany, American Airlines, and Chipotle.

MarketWatch (October 1, 2018) Cannabis stocks were mostly sharply higher Monday, with India Globalization Capital Inc. a standout, adding another 18% on excitement about its plans for the CBD-infused-energy-drink market. Maryland-based India Globalization’s stock IGC, +51.54% gained 27% on Friday after it revealed the plans, pulling the stocks of other companies already involved with the cannabinoid higher with it. The overall cannabis sector has been on a tear for the past few months as investors position themselves for the start of full legalization of cannabis in Canada on Oct. 17, the first developed country to take that step.

Bloomberg (October 2, 2018) A South African craft brewery has launched the nation’s first lager containing cannabis, capitalizing on the globally known Durban Poison strain after the private use of the plant was legalized in the country last month. Drinks infused with marijuana-derived compounds could grow to a $600 million market in the U.S. within the next four years, outpacing the growth of other categories of retail cannabis products, according to analysts at Canaccord Genuity. Corona-parent Constellation Brands Inc. became the largest stakeholder in Canadian pot cultivator Canopy Growth Corp. earlier this year, while Molson Coors Canada has formed a joint venture with Hexo Corp.

New Cannabis Ventures (October 2, 2018) MedMen Enterprises Inc. today announced that it has signed a definitive agreement with WhiteStar Solutions LLC to acquire control of Monarch, a Scottsdale, Arizona-based licensed medical cannabis license holder with dispensary, cultivation and processing operations through the acquisition of Omaha Management Services, LLC. In addition, MedMen will acquire from WhiteStar their exclusive co-manufacturing and licensing agreements with Kiva, Mirth Provisions and HUXTON for the state of Arizona. Arizona is one the largest medical marijuana markets in the country with over 172,000 current patients. The state also represents one of the larger addressable adult-use markets in the U.S. A ballot measure to legalize adult-use narrowly missed in 2016, and is expected to return in 2020.