“Cannabis farmers can transform agriculture. Our purpose is to make this world better, so that’s what I’ve made myself about.”
Hezekiah Allen, Former Executive Director For The CA Growers Association, On Stepping Down & Wanting To Help Small Cannabis Farmers

“Our analyses revealed clear, systematic differences in the results obtained by different testing facilities in Washington, with some labs consistently reporting higher or lower levels of cannabinoids than others. Moreover, these differences could not be explained by differences in the producer or strain name associated with the samples being submitted, suggesting that discrepancies between labs are likely caused by systematic differences in their testing methodologies.“
Nick Jicomes & Michael Zoorob Conducted A Scientific Report On Cannabis Lab Testing Protocols, Concluding That The Lack Of Universal Standards Contributes To Discrepancies Between Lab Test Results 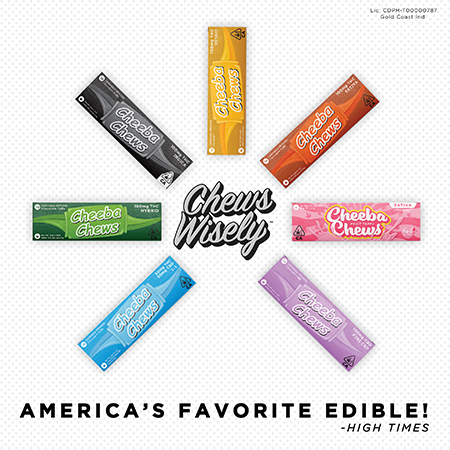 Eureka Times-Standard (September 17, 2018) Hezekiah Allen, a Southern Humboldt native who used his rural roots to fuel a career of cannabis advocacy in Sacramento, will step down from his position as executive director of the California Growers Association to play a more hands-on role in pushing small cannabis farms past the dozens of legal barriers standing in their way. Allen will join the Emerald Grown farming cooperative, an organization centered around aggregating smaller farms to lend them more staying power in the industry. That means more organizational work and less big-picture advocacy for Allen, although he will retain a seat on the Growers Association board of directors.

Nature (March 14, 2018) The majority of adults in the U.S. now have state-legal access to medical or recreational cannabis products, despite their federal prohibition. Given the wide array of pharmacologically active compounds in these products, it is essential that their biochemical profile is measured and reported to consumers, which requires accurate laboratory testing. However, no universal standards for laboratory testing protocols currently exist, and there is controversy as to whether all reported results are legitimate. To investigate these concerns, we analyzed a publicly available seed-to-sale traceability dataset from Washington state containing measurements of the cannabinoid content of legal cannabis products from state-certified laboratories. Consistent with previous work, we found that commercial Cannabis strains fall into three broad chemotypes defined by the THC:CBD ratio.

Los Angeles Times (September 17, 2018) There’s a badge on her uniform, possibly a gun on her hip, and her arms are spread a little, suggesting she’s ready for anything. You might think that you’re looking at a police officer walking a beat. But what you’ve seen on billboards and, more recently, the internet is an effort by MedMen Enterprises of Culver City to remind you that marijuana users come from all walks of life. They can be cops, nurses, teachers, scientists, construction foremen and grandmothers. All these people appear in MedMen ads that also feature the word “stoner” with a line drawn through it. As in, let’s get rid of this.

Ticket To Ride: Pot Sellers Put Seniors On The Canna-Bus (CA – Cannabis Use)

NPR (September 17, 2018) Shirley Avedon, 90,­­ had never been a cannabis user. But carpal tunnel syndrome, which sends shooting pains into both of her hands, and an aversion to conventional steroid and surgical treatments are prompting her to consider some new options. So for the second time in two months, she has climbed aboard a bus that provides seniors at the Laguna Woods Village retirement community in Orange County, Calif., with a free shuttle to a nearby marijuana dispensary. The retired manager of an oncology office says she’s seeking the same relief she saw cancer patients get from smoking marijuana 25 years ago.

What Are ‘Mids’ And Why Are They The Best Thing In California Cannabis? (CA – Cannabis Market)

Leafly (September 14, 2018) We’re living through dark days in California right now. Legalization Proposition 64 has kicked in. The billion-dollar cannabis market is transitioning and in turmoil. Supplies are down. Demand is up. Eighth-ounces of flower have been spotted cresting $93 in San Francisco—double pre-legalization prices. Regular shoppers are frustrated. New consumers are shocked. But take heart, dear reader. Do not be bummed about the top-shelf in California right now. Set your sights lower. The real story of California cannabis in 2018 is something much more hopeful: it’s about the rise of “mids”—middle-tier quality cannabis at fair prices.

Bloomberg (September 17, 2018) Pot stocks Aurora Cannabis Inc. and Tilray Inc. led gains among cannabis peers Monday after Coca-Cola was said to be in discussions with the company to develop cannabidiol-infused beverages. Cowen analyst Vivien Azer sees Aurora, Tilray, Aphria as likely partners for consumer products companies given their scale, and would expect to see more deals between Canadian cannabis companies and larger alcohol makers. Coca-Cola in a separate statement said it was “closely watching the growth of non-psychoactive CBD as an ingredient in functional wellness beverages,” although no decisions had been made; BNN Bloomberg Television reported earlier it was working with Aurora on the products.

High Times (September 14, 2018) Libertarian Senate candidate Gary Johnson recently disclosed a number of financial ties to the legal cannabis industry. Given Johnson’s pro-legalization platform, some have claimed these connections could be a conflict of interests. But Johnson insists that these claims are not true. Johnson is currently running to represent New Mexico in the Senate. As part of the campaign process, he was required to submit a standard set of financial disclosures. These disclosures revealed a number of connections to the legal weed industry. In particular, Johnson said that he owns more than $250,000 worth of stock in Kush, a cannabis company based in Las Vegas.

New York Times (September 17, 2018) Betting against cannabis stocks has come with large losses and big fees this summer. A case in point: Aurora Cannabis. Short sellers, investors who profit when a stock price falls, have poured into the Canadian cannabis company’s stock since the start of August. The number of shares shorted rose 76 percent over that period. Their price, though, has climbed 46 percent, including an 18 percent gain Monday after BNN Bloomberg reported that Coca-Cola had held talks with Aurora to develop beverages. That rise has cost short sellers $50 million over the past six weeks, according to S3 Partners, a financial technology and analytics firm. Since the start of August, shares of publicly traded pot stocks have gained 30 percent, on average, according to IHS Markit. Over that period, short sellers have lost $626 million, according to S3 Partners.

The Motley Fool (September 16, 2018) Aurora Cannabis generated revenue over the past 12 months of less than $50 million. Scotts Miracle-Gro generated revenue of more than $2.6 billion during the same period. Which stock do you think has the higher market cap? The answer is that Aurora’s market cap is now roughly $2.4 billion greater than Scotts’ market cap. The gap is due to a big surge in Aurora’s stock price starting in late July. Before that, Scotts Miracle-Gro claimed the higher market cap. But which of these stocks is the better pick for investors now? Here’s how Aurora and Scotts compare against each other.

Seeking Alpha (September 17, 2018) Essentially, a consumer staple has low elasticity of demand (a change in price has very little effect on the demand for the product), is non-cyclical (demand is effected very little by the state of the economy) and is used by both the rich and the poor. Common consumer staples include food, alcohol, tobacco and now, cannabis. Perhaps due to its continued status as an illegal product, cannabis still falls behind the use rate of alcohol and tobacco among US adults. While 11% of American adults use cannabis on a monthly basis, 17% of American adults smoke cigarettes and a whopping 73% of American adults regularly consume alcohol. I believe that once cannabis is fully legalized, negative stigmas are dispelled and more uses for the drug are found, the number of Americans who admit to using it will go up, although it will likely still trail far behind alcohol use rates.

Quartz (September 17, 2018) The skincare brand Origins is making its cannabinoid beauty debut this week with “Hello, Calm,” a face mask created in collaboration with Sephora that launches online tomorrow (Sept. 18) and in the beauty giant’s stores on Oct. 5. According to an Origins press release, the product (pictured above) will be infused with cannabis sativa seed oil, aka hempseed oil, rather than its of-the-moment cousin, CBD oil. Hempseed, like CBD, is non-intoxicating, and while research has shown it to have several health-promoting compounds, Origins’ claim that Hello, Calm “helps to soothe the mood and de-stress the senses,” may be a bit of a stretch.

WBUR (September 17, 2018) Canada is one month out from a major milestone: The country is set to legalize recreational marijuana on Oct. 17. Here & Now’s Peter O’Dowd talks with former Deputy Prime Minister Anne McLellan who helped lay the groundwork for legalization and regulation, about how the process is going to work and whether Canada is ready.

Detroit Free Press (September 17, 2018)  It may not have a 30-minute guarantee, but medical marijuana patients may be able to get home delivery of their weed later this year. The Michigan Department of Licensing and Regulatory Affairs held a public hearing Monday on proposed rules governing medical marijuana. The biggest change in the rules is allowing for home delivery of cannabis for people with medical marijuana cards. It’s an issue that has been contemplated by state regulators for months. “Now that the (Bureau of Medical Marijuana Regulation ) has had enough time to research the issue, we’ve decided that it is a benefit for the state’s patients and it can be done in a safe manner,” said David Harns, spokesman for LARA.

USA Today (September 17, 2018) The first time Holly Hukill tried to make cannabis-infused desserts it was, in her own words, “a complete disaster.” “I burned the butter,” said Hukill, the product development director at Serra, a Portland-based weed dispensary. “And the cookies were just awful.” Making your own edibles, Hukill explained, requires a lot of trial and error. Early on in her cannabis-cooking career, there were times she had to call into staff meetings because she was too stoned to drive. “Sampling so many iterations of the same recipe, that is definitely a hazard of the job” she said with a laugh.