Committee Members Aren’t Denying The Secret ‘Anti-Marijuana’ Agenda That Trump Has In The Making, But Claiming ‘Fake News’ To Fellow Reports

“Trump’s most die-hard supporters struggle when it turns out the president’s position is mushy or that it conflicts with their saintly portrait of him. At this point, we don’t know how much of this committee’s work is happening with the president’s blessing or if it’s essentially a lobbying effort within the government to win Trump’s endorsement of an anti-pot crackdown.”
Buzzfeed News Reporter Dominic Holden, Who Broke The Anti-Marijuana Committee Story, On Its Potential

“We are closely following the legalization trends in the cannabis industry. There are still many unknowns regarding the long-term commercial and societal impacts of marijuana legalization. It is our hope that the public health community and policy makers are examining this issue carefully so that marijuana is regulated appropriately where it’s legal.”
Gemma Hart, VP Of Communications For Beer Giant Anheuser-Busch, On Striking A Potential Deal In The Cannabis Market 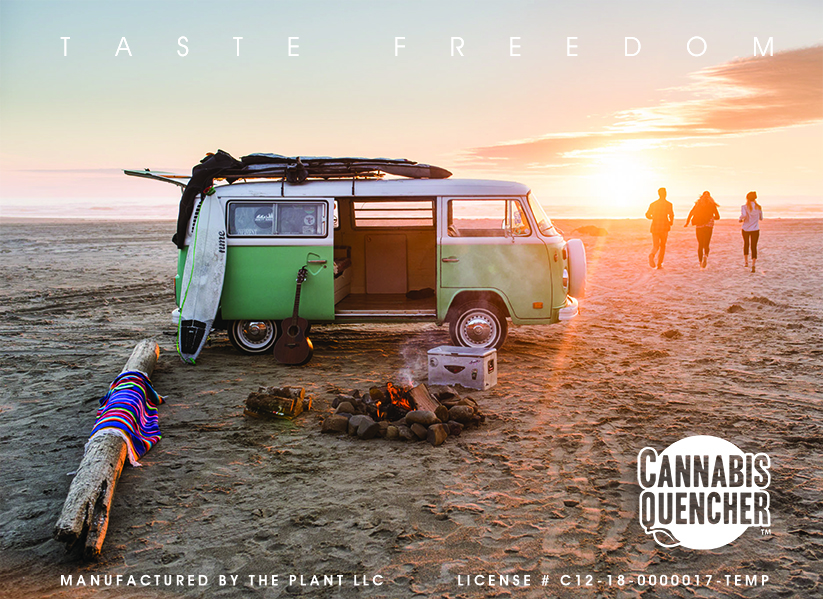 Sacramento News & Review (September 5, 2018) During this year’s legislative session, the cannabis industry sought major changes to a system of commercial sales that only recently launched and is still being shaped by state regulators. Overall, lawmakers rejected the key ones. The industry’s primary motivation: sluggish sales, as high taxes and extensive regulations made it tough for companies to compete with the black market. Although legal sales picked up in the second quarter of the year, they were still 25 percent lower than state projections for the first half of 2018.

Marijuana Moment (September 5, 2018) A major California labor union that’s been an influential player in legalizing marijuana is opposing a change in state law that would allow for increased access to legal, regulated cannabis—and, subsequently, is now drawing criticism for the stance from its own members. The United Food and Commercial Workers (UFCW) has supported marijuana legalization in California since 2010, when the union endorsed the ultimately unsuccessful statewide initiative Prop. 19. Cannabis has been seen as a potential growth opportunity for organized labor, membership of which is on the wane in the United States. At the same time, much work in cannabis is high-turnover and low-wage, where workers could benefit from organization.

SFGate (September 4, 2018) A group of California police chiefs have launched a campaign to stop Californians from obtaining legal cannabis from delivery services. The California Police Chiefs Association have joined the League of California Cities and United Food and Commercial Workers Western States Council in creating a website petitioning residents to ban marijuana deliveries outright. Their website, titled “Stop Wandering Weed,” depicts a group of excited children as a delivery truck pulls up to their school. Despite the baiting imagery, delivery services are still held to the same compliance standards as retail shops, meaning that a delivery made to a grade school would still be considered illegal.

Marijuana Business Daily (September 5, 2018) The 2018 California legislative session in Sacramento – which wound to a close Aug. 31 – was a blend of highs and lows for licensed cannabis companies, with some major victories scored literally on the last day while other high-profile bills died. Some wins for marijuana businesses involved changes to the provisional licensing process and greater clarity on standard deductions cannabis businesses can take on state taxes. Legislative disappointments included failed attempts to both drop the state cannabis excise tax rate and create a state-run MJ industry banking system.

Marijuana Moment (September 4, 2018) Last week, a report exposed a secret Trump administration committee that’s working to dig up data showing that marijuana legalization is bad, while ignoring evidence showing the opposite. But this is 2018 and, for some, it’s going to take more than primary source documents and on-the-record statements to accept the veracity of a piece of journalism. For some Trump supporters who back cannabis reform, the BuzzFeed News report just didn’t add up. At least two high-profile conservatives in the Trump orbit have called the “Marijuana Policy Coordination Committee” into question: former Trump adviser Roger Stone and cartoonist/provocateur Scott Adams.

Marijuana Moment (September 5, 2018) Leading lawmakers emphasized their commitment to getting industrial hemp legalization across the finish line during the first bicameral conference committee on the 2018 Farm Bill on Wednesday. Senate Majority Leader Mitch McConnell (R-KY), who in a rare move appointed himself to the panel so that he could “contribute personally” and ensure the bill’s passage, said it was “no secret” that he was “particularly excited” about the hemp provision. “Consumers, as we all know, have been consuming hemp products for decades. It’s everywhere,” McConnell said. “It’s just coming from other countries.”

Is Anheuser-Busch Next To Strike A Deal With The Cannabis Industry? (USA – Cannabis Investments)

Forbes (September 4, 2018) Almost all of the world’s mega-brewers have weaseled their way into the legal cannabis space, yet Anheuser-Busch InBev, the largest of them all, has been somewhat aloof when it comes to saying whether the company is considering a similar move. Earlier this year, CEO Carlos Brito told Just Drinks that while cannabis was something the company was “trying to learn more about,” he didn’t feel any sort of game plan was necessary. But there is evidence that Anheuser-Busch is interested in selling THC-infused products. In fact, it is is investing in the essential infrastructure for such an endeavor.

Bloomberg (September 4, 2018) On Wall Street, interest in marijuana is at an all-time high. Global spending on cannabis is projected to hit $32 billion by 2022. And more than 200,000 people already work in the industry. In October, Canada will officially legalize pot, opening up a flood of business opportunities. And now it’s gaining more acceptance in the U.S. after being shunned for decades. U.S.-based Constellation Brands is investing $4 billion in Canadian grower Canopy Growth. Scotts Miracle-Gro is targeting the grower market with its well-known fertilizer. One industry has been mostly silent on pot, however: tobacco companies.

NBC News (September 2, 2018) Since California first took the leap in 1996, 30 more states and the District of Columbia have legalized the medical use of marijuana to treat pain. Anecdotal and historical accounts of pot’s painkilling properties abound. But so far, scientific evidence that it works better than traditional painkillers is hard to come by. Because the U.S. government classifies marijuana as a Schedule 1 drug with no medical use — like heroin and cocaine — funding for research is hard to get, scientists say. And as a 2015 article in the journal Current Pain and Headache Reports points out, high-quality clinical studies of pot’s effectiveness — randomized, double-blind and placebo-controlled — are limited.

MarketWatch (September 5, 2018) U.S.-listed shares of Canadian cannabis companies rallied anew Wednesday, as analysts cheered the latest link-ups in the sector and remained bullish on a market expected to grow quickly once Canada fully legalizes the substance on Oct. 17. Cronos Group Inc. CRON, +9.42% led the charge, climbing another 7% to put its one-month gain at 103%. The Toronto-based company climbed about 13% on Tuesday, after it announced what it called a “landmark partnership” with Boston biotech Ginkgo Bioworks Inc. that will seek to produce specific cannabinoids at scale.

The Motley Fool (September 5, 2018) After a first-half lull, marijuana stocks are on fire once again — and it’s not hard to understand why. To begin with, Canada is set to become the first industrialized country in the world to legalize recreational marijuana. Exactly six weeks from today, adult-use cannabis will go on sale in our neighbor to the north. When the industry is fully ramped up, we should be looking at billions of dollars in annual added revenue.

Forbes (September 4, 2018) I like how the Tronvig Group’s President & Creative Director, James Heaton explains the consumer persona concept in his blog post, “Consumer Personas: What Sally Can Show You.” Besides having an alluring and completely awesome title, the article defines the consumer persona as a tool that helps marketers bridge this difficult-to-traverse chasm between customer experience and expectation on one hand, and the product or service provider’s unconscious assumptions on the other. Consumer persona building requires data, an entirely non-standardized and unstructured information across myriad platforms.

The Fresh Toast (September 5, 2018) While many onlookers will be curious watching Canada establish itself as a preeminent player in the cannabis industry, one country that’s just as large and already a global cannabis leader is China. For anyone familiar with international drug laws this might be confusing. Why? Because cannabis is illegal in China. Since the 2000s, the government has been interested in hemp cannabis’s abilities for military and herbal remedies usage. At the same time, China owns more than half of the 600 global patents on cannabis, according to the World Intellectual Property Organization. In addition, China produces around half of the “world’s legal commercial cropland” for hemp cannabis cultivation, according the National Bureau of Statistics.