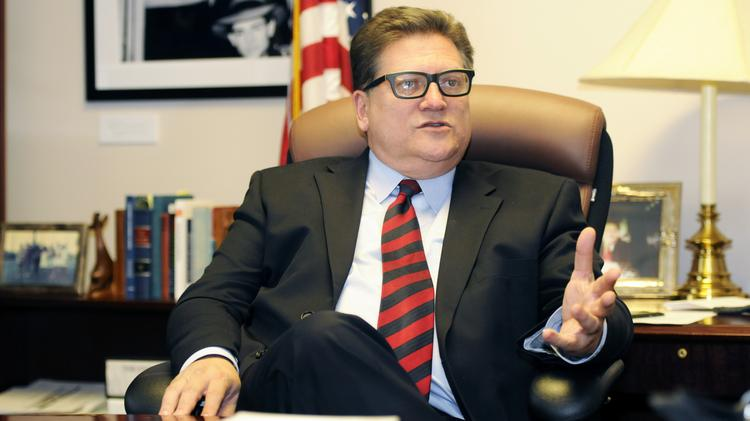 “The status quo for our growing legal cannabis industry is unsustainable. It’s not only impractical from an accounting perspective but it also presents a tremendous public safety problem. This bill takes a limited approach to provide all parties with a safe and reliable way to move forward on this urgent issue.”
Senator Bob Hertzberg (D-Van Nuys) On The Push For Cannabis Banking
“I think if you turn the tables and took cannabis out of the equation — if it was another industry that didn’t have the stigmas — the government would do everything they could to give those licensed business paying taxes a level playing field.”

Adam Spiker, Executive Director Of The Southern California Coalition, On The Competition Between Licensed Businesses and the Illicit Market

Governor Brown Announces Appointments To The Cannabis Control Appeals Panel (CA – Cannabis Industry)
Ukiah Daily Journal (July 5, 2018) California Gov. Jerry Brown announced several appointments to the Cannabis Control Appeals Panel on Tuesday, filling crucial positions to help regulate the growing and complicated cannabis industry in the state, according to the governor’s office. Brown appointed Sabrina D. Ashjian, 39, of Fresno, Diandra Bremond, 29, of Los Angeles, and Adrian Carpenter, 35, of Plumas Lake, to the appeals panel. The three choices will now go to the state Senate for confirmation.
http://www.ukiahdailyjournal.com/article/NP/20180705/NEWS/180709931
New Push For Statewide Cannabis Cash Banking System In California (CA – Cannabusiness)
NBC San Diego (July 5, 2018) Metal detectors at the front door, two armed security officers nearby and video surveillance monitoring inside and outside the business are becoming necessary security measures for anyone in the marijuana retail business in the city of San Diego. The store and its delivery service only deal in cash, no credit cards.
https://www.nbcsandiego.com/news/local/New-Push-for-Statewide-Cannabis-Cash-Banking-System-487454931.html
Bill To Allow Weed Businesses To Put Their Money In Banks Under Consideration (CA – Cannabusiness)
L.A. Weekly (July 5, 2018) A bill that would allow cannabis businesses to legally open bank accounts at state-licensed financial institutions is on its way to the Assembly Appropriations Committee, another sign that the cannabis industry is rapidly becoming an accepted business enterprise in California. The Assembly Appropriations Committee hears all bills that will have a fiscal impact and is typically the last stop before a bill lands on the governor’s desk for approval or rejection.
http://www.laweekly.com/news/bill-to-allow-weed-money-in-banks-under-consideration-9605767
California Growers Association Releases Mid-Year Report On Cannabis Industry (CA – State Regulations)
Ukiah Daily Journal (July 5, 2018) The California Growers Association, an organization that advocates and protects cannabis farms and businesses, released its mid-year outlook about the cannabis industry in California, giving projections about what those interested in the industry can expect over the next year. The report indicated that the July 1 regulatory transition period deadline had a significant effect on the cannabis market and that California Growers Association received lots of general feedback. The July 1 deadline ended the six-month period designed to help businesses adapt to the new laws and regulations for the cannabis industry.
http://www.ukiahdailyjournal.com/article/NP/20180705/NEWS/180709944
Surge In Illegal California Pot Shops Undercuts Legal Market (CA – Illicit Market)
PBS (July 5, 2018) A slight marijuana smell wafted out as a steady stream of customers walked into a warehouse, its doors and windows covered by bars. The Compton 20 Cap Collective just south of Los Angeles that was raided earlier this spring is one of hundreds of illegal marijuana stores operating in LA County, where marijuana is legal for anyone 21 and over and retailers must be licensed to sell to them.
https://www.pbs.org/newshour/nation/surge-in-illegal-california-pot-shops-undercuts-legal-market
Veterans Battle To Keep Cannabis Dispensary Open (CA – Local Regulations)
CBS San Fransisco (July 4, 2018) One of California’s best known and longest running cannabis dispensaries won’t be forced to shut its doors – at least for now. The dispensary — Jayden’s Journey — and its special customers are anxiously waiting for the final word from Stanislaus County officials on the fate of the clinic. The dispensary’s clientele are dozens of military vets, who feel angry, hurt, and betrayed.
https://sanfrancisco.cbslocal.com/2018/07/04/veteran-run-cannabis-dispensary-fights-to-stay-open/
Marijuana Festivals And Businesses That Benefit From Them Are Hurting Now That Cannabis Is Legal In California (CA – Cannabis Events)
The Mercury News (July 5, 2018) Marijuana festival organizers were banking on this to be their biggest year yet, now that recreational cannabis is legal in California and the state is legitimizing such events by licensing them for the first time. Promoters say they planned to stop operating under the loose protections of the state’s medical marijuana laws, where they’d force attendees to get doctor’s recommendations for cannabis before entering the gates. Instead, they hoped to have licenses that would allow anyone 21 and older to buy and smoke cannabis, just like they can buy and drink beer at other festivals.
https://www.mercurynews.com/2018/07/05/marijuana-festivals-and-businesses-that-benefit-from-them-are-hurting-now-that-cannabis-is-legal-in-california-2/
PODCAST: Congress Calls On VA To Study Medical Marijuana To Treat PTSD (USA – Cannabis Research)
NPR (July 6, 2018) In California, where marijuana is legal under state law, veterans are advocating for its use to treat service-related disorders such as PTSD and chronic pain.
https://www.npr.org/2018/07/06/626442070/congress-calls-on-va-to-study-medical-marijuana-to-treat-ptsd
Veterans Advocates Use Cannabis To Reduce Suicide, PTSD (USA – Cannabis Benefits)
Spokesman (July 6, 2018) When Patrick Seifert read a 2013 report from the Veteran’s Administration that said 22 U.S. veterans were committing suicide daily, it changed his world and inspired him to do more. Seifert, a veteran himself, owned a medical marijuana collective garden and safe access point called Rainier Xpress in Olympia.
http://www.spokesman.com/stories/2018/jul/06/veterans-advocates-use-cannabis-reduce-suicide-pts/
Researchers Say Cannabis Can Benefit People with Multiple Sclerosis (USA – Cannabis Research)
Healthline (July 5, 2018) A systematic review recently presented at the Consortium of MS Centers in Tennessee has concluded that cannabinoids may have “modest effects in multiple sclerosis for pain or spasticity.” Researchers looked at the safety and effectiveness of cannabis as well as studying its impact on disability and disability progression, pain, spasticity, bladder function, tremor/ataxia, quality of life, and adverse effects.
https://www.healthline.com/health-news/researchers-say-cannabis-can-benefit-people-with-multiple-sclerosis#1
The Cannabis Business Is On A High, Of The Profitable Kind (Canada – Cannabis Industry)
Livemint (July 6, 2018) There is a global market poised for a spectacular high, and not too many people are talking about it. It is cannabis—yes, that gentle flowering plant that has given us hashish, ganja, bhang, and perhaps the soma that our ancient gods used to imbibe. People are not just smoking it—they’re mixing it with the choicest of wines and even rubbing it into their skin.
https://www.livemint.com/Industry/nmAVQ9F6N2ayemnE1XcINP/Grassonomics-The-business-of-cannabis.html