CCMA Greenbrief October 15: Edible Business Is A Projected $4 Billion Industry…Trump Administration Will Unveil Cannabis Reform Sooner Than Expected…Cannabis Banking Could Legally Be Here By The End Of The Year…

Home / Green Brief / CCMA Greenbrief October 15: Edible Business Is A Projected $4 Billion Industry…Trump Administration Will Unveil Cannabis Reform Sooner Than Expected…Cannabis Banking Could Legally Be Here By The End Of The Year…
Share

The Trump Administration May Have Cannabis Reform Coming Sooner Than Expected

“I have been talking to people inside the White House who know and inside the president’s entourage. I have talked to them at length. I have been reassured that the president intends on keeping his campaign promise. I would expect after the election we will sit down and we’ll start hammering out something that is specific and real. It could be as early as spring of 2019, but definitely in the next legislative session.”
Rep. Dana Rohrabacher (D-CA) On The Trump Administration Planning To Take On Cannabis Reform

“Under [Drug Enforcement Administration] approval, we shipped, for the first time, legally — and I highlight ‘legally’ — cannabis from Canada to the U.S. The DEA-approved partner, which we haven’t announced yet, can actually begin to do medical research, clinical trials if necessary, [and] create the data set that enables people to know when, what, where, and maybe it can become federally regulated in the U.S. with some input that way.”
Bruce Linton, Co-Founder, Chairman & CEO Of Canopy Growth, On The Effects Of Federal Regulations In The U.S. 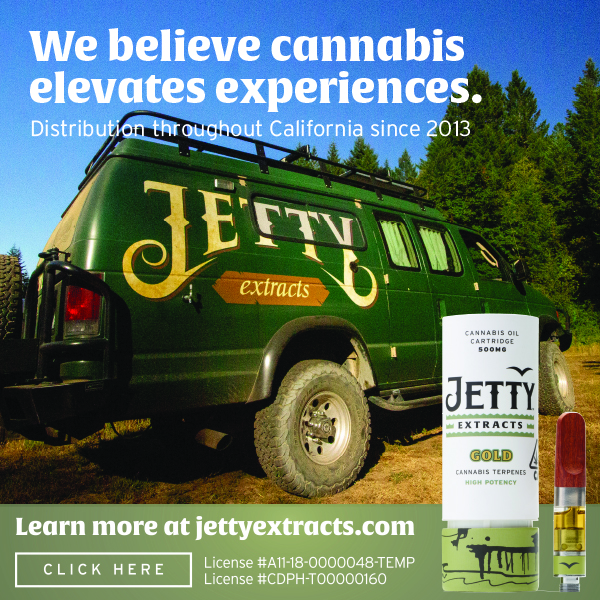 Marijuana Business Daily (October 15, 2018) More busts indicate that state and local authorities in California continue to step up efforts to crack down on black market marijuana operations, a development that could help licensed businesses who’ve long complained that illicit operators undercut their sales. Detectives with the Tulare County Sheriff’s Office served three warrants at homes with illegal cannabis grows and processing equipment in Lindsay. They discovered more than 3,200 marijuana plants, approximately 1,300 pounds of partially processed cannabis and more than 30 pounds of processed marijuana. All of the product was destroyed.

The Press Democrat (October 13, 2018) A proposal to eliminate several city positions that would help implement Santa Rosa’s cannabis ordinance is drawing scrutiny from the City Council and marijuana businesses as the city grapples with a backlog of applications to open new pot stores. Facing a projected budget shortfall of about $14.9 million this year, the City Council is mulling recommendations from staff to save roughly $7.1 million by cutting about 50 vacant positions. If some of those positions were filled, those filling them would be expected to work at least part time on cannabis projects. That includes an assistant city attorney as well as a building inspector, city planner and program specialist in the Planning and Economic Development Department.

Record Net (October 13, 2018) Just weeks after the Stockton City Council approved the sale of commercial cannabis at existing stores, the city is now seeking public input on other areas of the cannabis industry. The city of Stockton’s Community Development Department will host three community meetings next week to discuss growing, manufacturing and distribution, among other aspects of commercial cannabis. The meetings are part of the city’s efforts to update its cannabis policy. The first meeting, to be held Wednesday, will focus on cultivation and distribution concerns or requirements within city limits. Under the city’s marijuana ordinance, only four cultivation businesses are allowed in Stockton, and they are allowed only in industrial areas.

Fox 31 Denver (October 12, 2018) President Donald Trump’s administration will soon unveil a plan for federal cannabis reform, according to Republican Congressman Dana Rohrabacher of California. Rohrabacher told FOX Business that the White House has made a “solid commitment” to reforming cannabis legislation in the United States. Moreover, the congressman who represents coastal Orange County said the president had spoken about legalizing medical marijuana at the national level and allowing states to decide whether recreational use would be permitted as it is in Colorado and a handful of other states. Rohrabacher said he expects President Trump to make an announcement after the midterm elections.

PYMNTS (October 12, 2018) One Washington Representative said that the Trump administration plans to take on cannabis regulation reform after the midterm elections. Rep. Dana Rohrabacher, R-Calif. told FOX Business that the administration has made a “solid commitment” to work on medical marijuana legalization. Trump has spoken in support of medical marijuana legalization on the federal level, while leaving recreational marijuana up to individual states. And Republicans and Democrats are even working together to make banking easier for marijuana-based businesses in those U.S. states where the drug is legal.

CNBC (October 12, 2018) It’s no secret that the world is growing accustomed to the business of cannabis, but for $9.6 billion Canadian medical marijuana producer Canopy Growth, the future is approaching faster than many expect. On Tuesday, Canopy — which has gained traction on news of several-billion-dollar investments from Corona parent Constellation Brands — announced that it had shipped cannabis to the United States from Canada for medical research, a milestone in the U.S. government’s acceptance of what it considers to be a Schedule 1 drug. Canopy’s news comes less than one month after competing Canadian marijuana producer Tilray announced DEA approval to import cannabis to the United States for medical research at the University of California San Diego Center for Medicinal Cannabis Research.

Forbes (October 14, 2018) One of the biggest issues currently facing the cannabis industry is the lack of legal access to banking. Cannabis companies such as dispensaries are currently being creative with cash-only businesses or using cryptocurrency and blockchain technology, to skirt around current federal regulations which bar them from banking. However, if Canopy Growth’s CEO Bruce Linton is to be believed, that issue may be rectified as early as January of 2019, when according to him, canna-businesses will be able to begin to bank legally. Linton calls the unprecedented, upcoming move “a Christmas present,” to the cannabis industry.

The Cannifornian (October 11, 2018) MedMen Enterprises Inc., one of the most prominent companies in the expanding cannabis industry, agreed to buy medical pot firm PharmaCann for $682 million, boosting its presence across the U.S. The all-stock purchase, which will give MedMen 10 additional dispensaries and licenses for several more, is one of the biggest in the history of the legal weed industry, which has seen its value explode in recent weeks as Canada prepares to legalize cannabis for adult use next week. With regulations set to loosen in more U.S. states, and around the world, investors are pouring billions of dollars into marijuana companies.

The Hill (October 13, 2018) Elections can hold significant consequences when it comes to the future of marijuana policy. In 2016 voters in California, Maine, Massachusetts and Nevada approved ballot initiatives legalizing adult marijuana use. While voters in Arkansas, Florida, Montana and North Dakota elected to either legalize or expand medical cannabis access. The outcome of the 2018 midterm elections will be equally important. Voters in Michigan will decide on Proposal 1, which permits people over the age of 21 to possess and grow personal use quantities of cannabis and related concentrates. It would also offer licensing activities related to commercial marijuana production and retail marijuana sales.

Yahoo! Finance (October 15, 2018) The cannabis business is on fire lately, and one area in the space could have serious potential to heat up: edibles. According to new research by Arcview Market Research, spending on edibles in the U.S. alone topped $1 billion last year. With just days left before Canada legalizes the recreational use of marijuana, Arcview estimates that number could reach $4.1 billion by 2022 for the two nations. Two months ago, Constellation Brands upped its stake in Canadian cannabis company, Canopy Growth, to nearly 10%. In September, beverage giant Coca-Cola announced a partnership with Aurora Cannabis to develop weed-infused drinks. And alcohol maker Molson-Coors also announced that its Canadian unit will be working to develop CBD-infused beverages.

Yahoo! Finance (October 15, 2018) The cannabis hype is about to come face-to-face with reality. After Canada legalizes recreational marijuana on Oct. 17, it will only take a quarter or two for clear winners and losers to emerge, according to investors and analysts who follow the sector. This means investors will have to get choosier as the days of highly correlated stock moves draw to a close. There are more than 135 publicly traded pot companies in Canada, but many believe it’s only a matter of time before that gets whittled down to a handful of survivors, either through consolidation or failure. There may only be half a dozen major players left three years after legalization, said Eric Paul, chairman of Vaughan, Ontario-based CannTrust.

Colorado Sprinkles It’s Tourism Market With Cannabis. Is There A Lesson For Michigan? (CO – Cannabis Market)

South Bend Tribune (October 14, 2018) It’s late afternoon on board the Buds & Beers party bus, where black shades cover the windows, neon lights spiral and pot smoke swirls. Taylor Butterfield, 24, of Arlington, Texas, spies the time. “Four-twenty” is code in pot culture for a time of day or a day — April 20 — to use weed. Butterfield’s ready to pack a pipe in honor of the hour, but really the guys have been puffing ever since they got on the bus about 2 p.m. The bus is filled with nearly 20 twenty-somethings come to party from Texas and Louisiana, even a guy from Brazil by way of North Dakota. Some of them are part of a bachelor’s party.