Rob Sands, CEO Of Constellation Brands, Believes That Cannabis Will Soon Be Decriminalized In The U.S.

“THC-containing cannabis, that’s going to be some time off, but I would say that the political front is developing very quickly there. In the United States, we believe that it’s an inevitability that cannabis will be decriminalized at the federal level. And, as we already know, a lot of states have legalized it recreationally.”
Rob Sands, CEO Of Constellation Brands, On The Shifting Attitudes Towards Cannabis In U.S. Politics

“It’s always been the mindset that for these programs to be taken seriously the state must participate. Cities and counties don’t have enough resources. The bottom line is that a lot of people don’t see this as a great social experiment but as a commodity they want to capitalize on.”
Los Angeles Cannabis Attorney Hilary Bricken On Equity Issues In CA 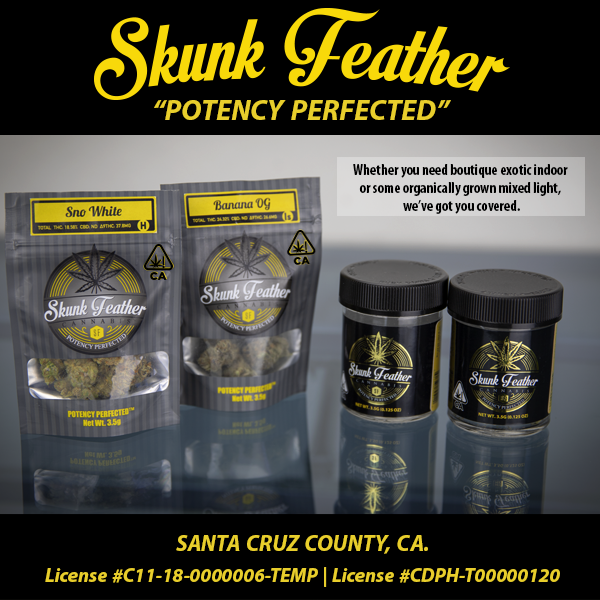 Cannabis Investing News (October 3, 2018) Recreational cannabis has been legal in the State of California for more than half a year, but for the California cannabis consumer and the thousands of cannabis businesses, the state’s licensing regimes have fallen far behind. The state has not been prepared to process the enormous number of applications from cannabis players looking to get licensed and into the game. California’s regulatory framework is still very much a work in progress and the licensing logjam has left the state’s legal recreational cannabis market underprepared to meet the massive demand for the product. It’s a bad situation, but a crisis like this can present excellent opportunity for those with the position and foresight to take advantage.

Silicon Valley Business Journal (October 4, 2018) Like Bob Dylan, marijuana has gone from symbol of 1960s counterculture to mainstream appeal. Tellingly, Lloyd’s of London (which reportedly insures Mr. Dylan’s vocal chords) has also announced that it will underwrite cannabis-related insurance in Canada, issuing policies to businesses who legally produce, distribute and sell marijuana. California’s January 2018 legalization of recreational pot was a watershed moment for the industry, with sales in the Golden State projected to exceed $5 billion in 2019. Federal illegality — whose days may be numbered — has become less and less of an obstacle to obtaining coverage “from seed to sale.”

Marijuana Business Daily (October 5, 2018) California approves a law to boost participation among minorities and those less well off in the marijuana industry, Colorado’s U.S. attorney threatens to crack down on licensed cannabis businesses that divert product to the black market, and members of Congress urge the U.S. government to expand the number of cultivators allowed to grow MJ for research. Here’s a closer look at some notable developments in the cannabis industry this week. The Golden State is opening its wallet to reverse the fallout from the nation’s war on drugs. California Gov. Jerry Brown signed legislation to assist municipalities in their efforts to widen participation among minorities and economically disadvantaged individuals in the marijuana industry – two groups that were disproportionately affected by the U.S. drug war.

Sacramento News Review (October 3, 2018) In a state where a majority of cities continue to ban commercial cannabis businesses, Sacramento has earned a reputation for opening its doors to an industry created with the legalization of weed about two years ago. But the image is being tested by recent City Council decisions. Both votes involve limits on cannabis businesses in southeast Sacramento, where the city has its highest concentration of industrial property. Certain cannabis businesses can only operate in industrial areas. The City Council voted in May to limit cultivation in the southeast industrial area and plans to consider restrictions in other parts of town. The city put a cap on cultivation in the southeast area at 2.5 million square feet when it already had received applications for 2.8 million. Therefore, some applicants who’ve applied for a cultivation permit could be denied.

Sonoma West Times & News (October 3, 2018) Once a month, the Sonoma Valley Cannabis Enthusiasts (SVCE), a nonprofit corporation, holds an open meeting on the patio at the Sonoma Grille on W. Napa Street, a block from the Sonoma Plaza. I have attended all but one of the meetings since they began last June. There have been no big disputes, and for the most part there’s a sense of optimism, though some growers moan and groan because they can’t sell their crops. That’s what happens when there’s a glut on the market, as there has been over the past year. Marijuana is cultivated from Cazadero and Cloverdale, to Petaluma and Bodega Bay. But nowhere are cannabis growers, dealers and manufacturers more effectively organized than in Sonoma Valley, which extends from Kenwood to San Pablo Bay and between the Mayacamas on one side and Sonoma Mountain on the other side.

CNBC (October 4, 2018) The politics around cannabis are shifting rapidly towards legalization, Constellation Brands CEO Rob Sands, whose company has a major stake in marijuana producer Canopy Growth, told CNBC on Thursday. In fact, the 2018 midterm elections could be pivotal for the legalization of cannabidiol, commonly known as CBD, a component of the cannabis plant that is not psychoactive and widely used in medical marijuana products, Sands said. Sands, whose alcohol distributor boasts popular brands including Corona and Modelo, said Constellation will work with Canopy on non-alcoholic cannabis drinks that resemble beer, champagne, spirits, water and tea. And while products containing tetrahydrocannabinol, or THC, could still be several years out from hitting U.S. shelves, Sands said the political scene was becoming more accepting to the idea of what could be a several hundred-billion-dollar industry.

Yahoo! Finance (October 4, 2018) Constellation Brand’s investment in the world’s largest publicly traded marijuana companies is already paying off. In its earnings report Thursday morning, the company behind Corona beer, Svedka vodka, and other alcoholic beverages said its two investments into Canopy Growth Corporation has already netted it more than $1 billion in unrealized gains thanks to the marijuana producers surging stock. Canopy Growth shares have climbed more than 285% since November, when Constellation first announced an investment into the company. It followed up its initial stake with plans to invest $4 billion more by the end of the this month.

Real Money (October 4, 2018) Adult use of marijuana will become legal in Canada on Oct. 17, and investors are piling in. So are the fraud peddlers, just as they played the cryptocurrencies in the past couple of years. One must be careful in playing this speculative market. Meanwhile, cannabis stocks are moving up in anticipation of a gigantic legal market in Canada and eventually in the United States. Over 30 states have legalized medical marijuana use, and nine allow recreational use. More will follow. According to Barclays, the cannabis market is large, with more than $150 billion in sales. As marijuana becomes more legal to use, this market could grow even bigger. I’m not a fan of smoking marijuana for recreational use, but its use as a medicinal drug is much bigger than most people realize. Some consider it a “vice,” but for others it’s a miracle drug for alleviating pain.

The Sentinel (October 4, 2018) Sharon McCahren’s husband has had Parkinson’s for four years. After hearing Ben Lago speak at the Lewistown Parkinson’s Support Group Wednesday about the way cannabis– medical marijuana–can help with his symptoms, McCahren said, “down the road, any Parkinson’s’ patient would benefit from it, including my husband.” Twenty people were in attendance to hear Lago, owner of certification clinic Medical Marijuana Solutions, speak about the various strains of cannabis the difference between hemp and marijuana, the benefits and pitfalls of narcotics versus cannabis, how the process works to become a certified patient to receive medical marijuana and answered a barrage of questions from the participants.

Financial Post (October 4, 2018) “How late can I call? Do you call me or do I call you? Is Tweed a codename?” These are just some of the rather cheeky slogans being displayed in Ontario on billboards, at bus stops and online, courtesy of Canada’s largest pot company, Canopy Growth. The advertising campaign is a bold and clever attempt at promoting Canopy’s most popular recreational cannabis brand, Tweed, without explicitly mentioning what exactly Tweed is selling. In the heart of Toronto’s trendy Queen West neighbourhood, cannabis producer MedReleaf is employing a similar marketing tactic. The pot company is occupying a storefront that is handing out free cans of San Rafael ’71 beer, which, come Oct.17, will morph into a cannabis brand, with a full range of strains for recreational use.

Leafly (October 4, 2018) Colorado’s system for regulating marijuana has too many loopholes that disguise illegal activity and jeopardize public safety, a federal prosecutor said Wednesday, detailing his motivation for boosting scrutiny in the first state to broadly allow cannabis sales. U.S. Attorney Bob Troyer said he is particularly concerned with how companies that grow marijuana account for damaged product and the state’s system allowing people to grow a certain number of plants at home for medical use. He said both situations create an opportunity for marijuana to be sold on the black market and require federal prosecutors to take a closer look at Colorado’s regulated marijuana industry.

NBC 10 (October 4, 2018) From hemp-based tampons to cannabis-infused butter, innovators are zeroing in on Philadelphia’s growing cannabiz potential. Several competed Wednesday for a $10,000 prize at Thomas Jefferson University’s CannaVation event, which attracted marijuana entrepreneurs from all over the continent. The winner, Canadian pharmacist Kit Poon, developed screening software to help physicians comb through a database of cannabis and find the right strain for their patients. That a Canadian pharmacist chose Philadelphia to pitch his cannabiz idea speaks to the city’s fertile research economy.