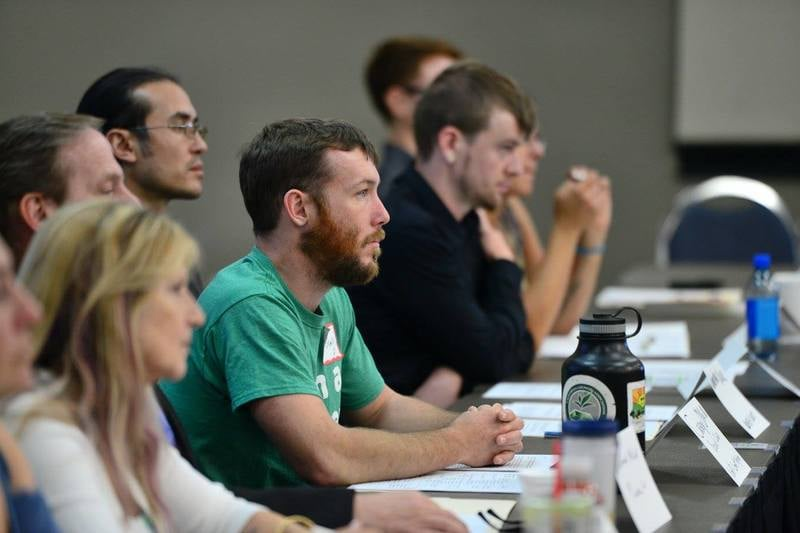 “We issued our emergency regulations back in November, and at that time we were pretty clear about the fact that there would be a six-month transition period for retailers to use up their existing supply. We felt that was a sufficient amount of time to deplete stock on hand and adapt to California’s new rules.”
Alex Traverso, Spokesperson For The California Bureau Of Cannabis Control, On Cannabis Companies Wanting To Extend The July 1st Deadline
“These regulations are very necessary for consumer protections, environmental protection and public safety protections, so they are good and we support them. However it’s more difficult to operate within a regulated market and more difficult than we anticipated.”
Kimbery Cargile, Exectutive Director Of A Therapeutic Alternative, On California’s New Statewide Testing Regulations

California Pot Shops Struggle To Stock Shelves Under New Regulations (CA – Cannabis Shortages)
Merry Jane (July 2, 2018) California’s “weed apocalypse” hit at the stroke of midnight on Sunday, leaving licensed cannabis dispensaries across the Golden State stuck with a shortage of compliant products, long lag times at testing labs, and mountains of marijuana that must now be destroyed. In accordance with the state’s new rules and regulations for legal reefer, starting yesterday, every bud, infused beverage, cartridge, and edible must now be certified by a state-approved testing laboratory, sealed in childproof packaging, and comply with state dosage limits.
https://merryjane.com/news/california-pot-shops-struggle-to-stock-shelves-under-new-regulations
California Weed Laws: What New Regulations Mean For Buyers And Sellers (CA – State Regulations)
Newsweek (July 2, 2018) New safety laws and regulations took effect in California’s marijuana dispensaries Sunday six months after the drug was legalized statewide. Now, all cannabis products sold in California must pass new testing for chemicals, pesticides and foreign materials, according to the California Bureau of Cannabis Control.
http://www.newsweek.com/california-weed-laws-what-new-regulations-mean-buyers-and-sellers-1004397
Cannabis Lawyers Could Get More Protection Under New Ethics Rule (CA – State Protections)
The Recorder (July 2, 2018) Lawyers with cannabis clients: California’s state bar wants to hear from you—quickly. Tuesday is the deadline for submitting public comments on two versions of a proposed change to Rule 1.2.1 of the Rules of Professional Conduct. That’s the rule that warns attorneys not to aid a client in breaking the law. Both versions of the comment offer more potential protections to cannabis lawyers and others practicing amid state and federal legal conflicts than the current rules.
https://www.law.com/therecorder/2018/07/02/proposed-rule-change-could-offer-more-protection-for-cannabis-lawyers/
Here’s How California Might Enforce Violations Of Marijuana Business Rules (CA – Mandated Regulations)
Marijuana Business Daily (July 3, 2018) Now that it’s July and new mandated regulations involving packaging and lab testing have kicked in, many licensed companies may be wondering what will happen if they’re suddenly faced with a surprise inspection from a state official. At some point – though the timing is unclear – inspectors will begin issuing fines and possibly even conduct hearings to revoke business licenses, based on the seriousness of violations.
https://mjbizdaily.com/heres-how-california-might-enforce-violations-of-marijuana-business-rules/
California Cannabis Farmers Sue The State For Favoring Big-Moneyed Growers (CA – Cannabis Cultivation)\
Herb (July 2, 2018) The California Growers Association (CalGrowers) is suing California’s Department of Food and Agriculture (CDFA) for a legal cannabis licensing scheme that allows a small number of moneyed companies to dominate the state’s cannabis industry. CalGrowers, a statewide cannabis advocacy organization in California, asserts that California’s licensing program contains a loophole that allows large corporations to acquire multiple licenses for individual cultivation sites.
https://herb.co/marijuana/news/calgrowers-sues-california-cannabis-cultivation-licenses
VIDEO: California Could Have Cannabis Shortages Due To Non-Compliant Product (CA – State Regulations)
Green Market Report (July 2, 2018) Green Market Report contributor Emerson Brown says that new regulations going into effect in California could cause cannabis product shortages and make prices go higher. Many dispensaries began running promotions in order to rid themselves of non-compliant product. MedMen, for example, was running 70% off promotions these past few days.
https://www.greenmarketreport.com/california-could-have-cannabis-shortages-due-to-non-compliant-product/
LA To Begin Long-Delayed Licensing For Cannabis Growers (CA – Cannabis Cultivation)
NBC Los Angeles (July 2, 2018) Los Angeles will kick off the process for licensing marijuana cultivators and manufacturers on Aug. 1, but it’s likely to be many months before any of those companies open their doors for business. The announcement Monday was greeted with a mix of anticipation and frustration by growers and other businesses awaiting licenses that have watched the illicit market flourish.
https://www.nbclosangeles.com/news/local/LA-Begins-Licensing-for-Cannabis-Growers-487175691.html
Is Your Favorite Dispensary Out Of Marijuana? Blame This New State Regulation (CA – Cannabis Testing)
The Sacramento Bee (July 2, 2018) A newly-enacted state ordinance regulating cannabis products has forced multiple area dispensaries to close while others make do with a limited selection. Sunday marked the end of California dispensaries’ grace period before new restrictions on THC limits, packaging and labeling took effect. The state Bureau of Cannabis Control mandated the destruction of all improperly labeled or overly strong products by July 1, leading to steep clearance sales at the end of June as up to $500 million worth of marijuana was predicted to be destroyed statewide.
https://www.sacbee.com/news/local/article214224109.html
Legal Weed: California Examines Payments And Ad Restrictions; Georgia Permits CBD Oil Use (USA – Cannabis Legislation)
Marijuana.com (July 2, 2018) California lawmakers will hear bills affecting after-school program funding, advertising restrictions to protect children, cannabis banking, and tax collection. Across the other side of the US, Georgia now allows access to cannabis oil for patients suffering from post-traumatic stress disorder (PTSD) and intractable pain.
https://www.marijuana.com/news/2018/07/legal-weed-california-examines-payments-and-ad-restrictions-georgia-permits-cbd-oil-use/
Vermont Recreational Marijuana Legalization: What Is Legal, What Is Not? (VT – State Legalization)
Newsweek (July 1, 2018) Recreational marijuana use officially became legal in Vermont on Sunday. Vermont is the ninth state in the U.S. to legalize cannabis for recreational use and also the first state in the country to do so through its legislature. The law was signed in January by the state’s governor, Phil Scott. Now, individuals 21 years of age or older in the state can legally possess up to 1 ounce of marijuana and own up to six marijuana plants.
http://www.newsweek.com/vermont-marijuana-legalization-what-legal-what-not-1003482
For Life Insurers, Cannabis Is No Longer As “High-Risk” As Tobacco (Canada – Cannabis Acceptance)
Insurance Business Magazine Canada (July 3, 2018)  Anticipating the legalization of cannabis later this year, some of the country’s major life insurance companies are updating their policies to better serve customers. Recreational use of cannabis is set to be legalized on October 17; and the announcement has sent the non-life insurance industry scrambling to ensure that the emerging marketplace has proper coverage.
https://www.insurancebusinessmag.com/ca/news/breaking-news/for-life-insurers-cannabis-is-no-longer-as-highrisk-as-tobacco-104979.aspx
Legalization Promises A Boom In Cannabis Testing And Research For Alberta Labs (Canada – Cannabis Testing)
The Star Calgary (July 2, 2018) Alberta’s cannabis testing and research labs expect to see a boom in business once the drug is finally legalized in October. There are 42 labs in Canada currently authorized to test and experiment on cannabis samples, according to a Health Canada list. Just four are in Alberta: the University of Alberta’s Rexall Centre for Pharmacy and Health Research, as well as InnoTech Calgary Inc., Keystone Labs, and Labs-Mart Inc. Seventeen labs are in Ontario.
https://www.thestar.com/calgary/2018/07/02/legalization-promises-a-boom-in-cannabis-testing-and-research-for-alberta-labs.html