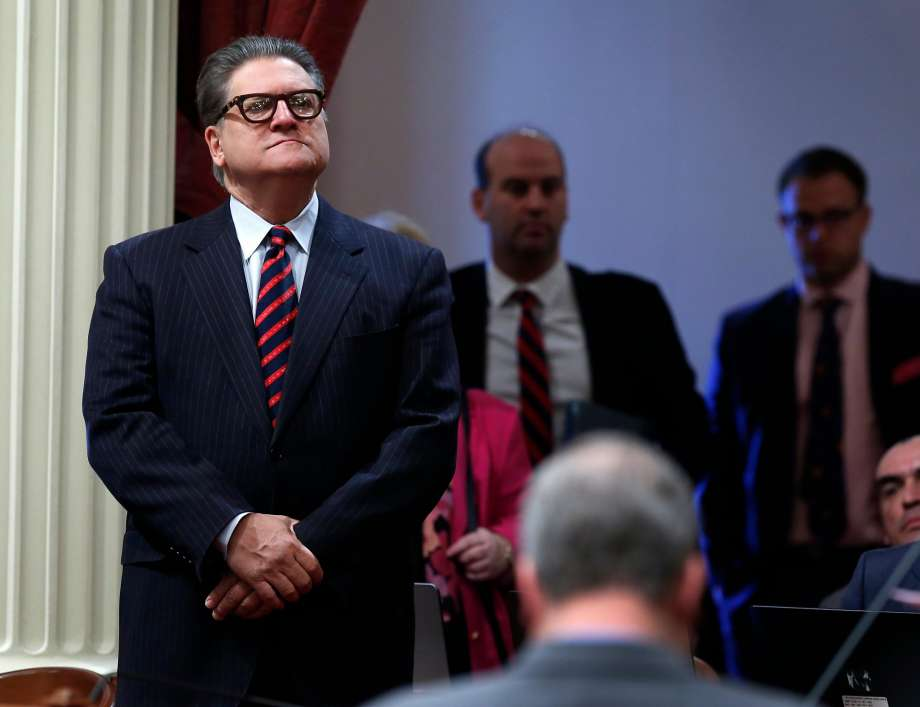 “The status quo for our growing legal cannabis industry is unsustainable. It’s not only impractical from an accounting perspective, but it also presents a tremendous public safety problem. This bill takes a limited approach to provide all parties with a safe and reliable way to move forward on this urgent issue.”

“The black market has no rules so they produce the product at a considerable discount and consumers are very sensitive to price. There are some things we can learn from other states. When they reduced the tax rate it allowed the regulatory market to compete against the black market. … It’s not just going to be able to compete because it’s legitimate. People are sensitive to price. It’s just human nature.”

Leafly (May 31, 2018) California cannabis consumers and industry operators could enjoy a safer, more regulated legalized industry in the future, thanks to the passage of a bill to create the world’s first marijuana-focused bank. Senate Bill 930 to set up a state charter bank for the cannabis industry survived a crucial floor vote in the California Senate Thursday. Friday is the deadline for all California bills this year to clear their house of origin.

Marijuana.com (May 30, 2018) California cannabis users got a surprise at the start of the year, when new taxes on cannabis purchases kicked in for the newly legal industry.  group of five California legislators backed  a bill that would lower taxes on all cannabis consumption — both medical and recreational — and cultivation for three years to bolster the burgeoning legalized industry, but AB 3157 failed to make it out of the Assembly appropriations committee in late May 2018.

Leafly (May 30, 2018) This isn’t the cannabis crackdown Jeff Sessions envisioned. Back in the early days of 2017, when the newly ensconced attorney general had the cannabis industry popping Xanax and praying twice on Sunday, Sessions loved to talk smack about legal marijuana. “Good people don’t smoke marijuana,” he once declared.

Entrepreneur (May 31, 2018) The marijuana industry has continued its explosive growth in 2018, and a new report has quantified just how explosive. Sales of legal marijuana in the United States could hit $10 billion this year and skyrocket to $22 billion by 2022, according to the 2018 Marijuana Business Factbook released by Marijuana Business Daily. That’s big growth year-over-year, with last year’s figure for both recreational and medical marijuana hitting about $6.2 billion.

Ganjapreneur (June 1, 2018) Cannabis extraction has been used as a blanket term for what is best described as cannabis processing. A well-designed cannabis process goes far beyond just extraction, overlapping heavily with cultivation on the front-end and product development on the back-end [1]. With this mindset, four pillars emerge as critical capabilities for developing the ideal cannabis process: Cultivation, Analytics, Extraction, and Biochemistry.

Black Enterprise (May 30, 2018) If you are anything like most entrepreneurs looking to get in on the green rush, you’ve probably been doing your research for quite some time now on the ins and outs of the cannabis industry. While there are hundreds, if not thousands, of people speaking on what it takes to enter the industry and grow a successful business, it is not every day that one gets advice from a cannabis attorney on how to start a cannabis business (legally)!

Mass Live (May 31, 2018) It remains unclear whether marijuana affects a driver’s risk of crashing. But there is no doubt that marijuana impairs someone’s judgement and the skills needed to drive a car, according to a study released Thursday by the Governors Highway Safety Association. The message of “don’t drive drunk” has been pervasive in American culture for years. But that message is not necessarily getting out to people using drugs.

Leafly (May 30, 2018) “Just say no.” When, as a high schooler, I heard Nancy Reagan’s simplistic, national anti-drug mantra, I immediately questioned it. (What? Why?) Filmmaker Windy Borman heard it as the imperative intended: don’t fry your brain like an egg. In MARY JANES: THE WOMEN OF WEED, Ms. Borman, now all grown up, challenges why she listened and whether she should join America’s burgeoning pot party, never having partaken herself.

The Stranger (May 30, 2018) It is time again for our reader mailbag session, in which I place a mailbag over my head and readers beat me senseless until I answer their questions. No, wait… I’m thinking of how the new CIA director operates. In this case, I’ll simply answers questions that showed up in the mail, no beating necessary. Sorry. #bongwaterboarding

High Times (May 31, 2018) Though Washington D.C.’s marijuana laws are far from complete, cannabis policy in our nation’s capital has long been at a standstill. In D.C., you can smoke marijuana in private residences, own a small amount of weed, and grow marijuana plants at home. You cannot, however, buy or sell marijuana. So how are people who don’t want to grow their own herb getting weed? Despite federal restrictions, marijuana pop-up markets that ‘gift’ rather than sell weed are flourishing throughout the district.

The Fresh Toast (May 31, 2018) Memo to underage Colorado cannabis consumers: Don’t even try buying your weed a regulated marijuana retailer. You’re going to walk out of the establishment red-faced and empty-handed. The state’s Marijuana Enforcement Division issued the results of its 2017 underage compliance testing and reported that 95 percent of the retailers passed. The agency’s operation sent underage operatives into 264 marijuana stores across the state attempting to buy cannabis products. Of those interactions, only 13 resulted in a purchase. In Colorado, and other legal marijuana states, only adults 21 years and older with a valid ID can buy cannabis in regulated stores.