CCMA Greenbrief June 5: CA’s Primary Shaping Up To Be Good For Cannabis Industry…Why People Are Still Getting Arrested After Legalization…George Washington Grew Hemp, So Why Can’t We Regulate It…

Home / Green Brief / CCMA Greenbrief June 5: CA’s Primary Shaping Up To Be Good For Cannabis Industry…Why People Are Still Getting Arrested After Legalization…George Washington Grew Hemp, So Why Can’t We Regulate It…
Share 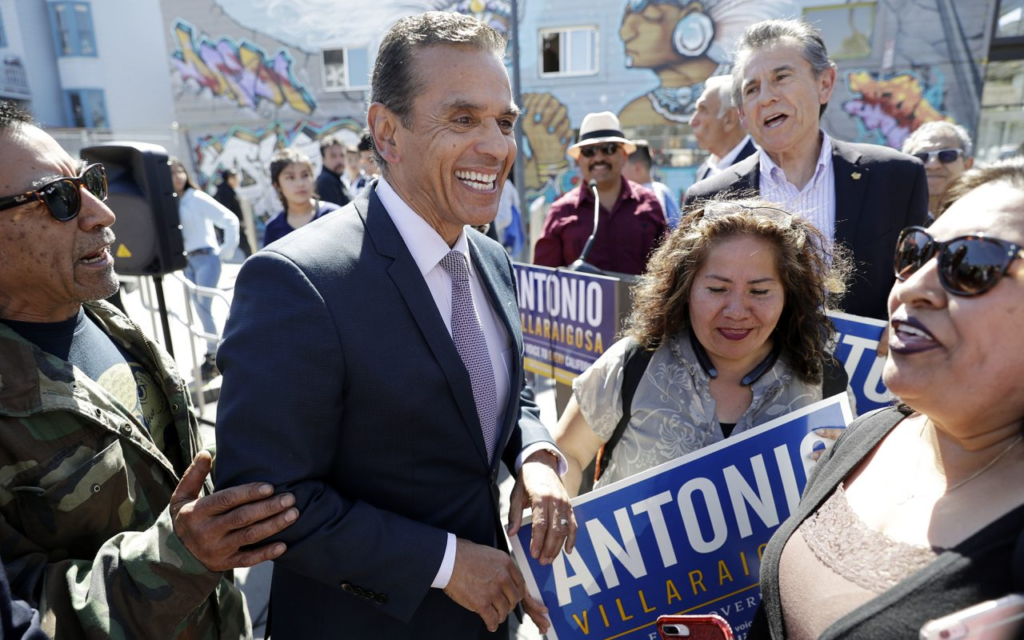 How CA’s Candidates Feel About Cannabis In The Upcoming Primary
“I’m a fan of voting whenever you get the opportunity and certainly in a big election like this. We’ve sort of seen cannabis become front and center in politics.”
Linsdsay Robinson, Executive Director For The California Cannabis Industry Association, On CA’s June Primary
“As with many industries, the cannabis industry is regulated to help ensure the public’s safety and to ensure the product being consumed by the public is safe to consume. Persons who are engaged in illegal cannabis activity are still subject to arrest.”
CA Sheriff’s Departmemt Spokeswoman Kelly Hoover On The Latest Cannabis Arrests

Learn more about LeafLink here
What to Watch For In California’s Primary On Tuesday (CA – Cannabis Politics)
Leafly (June 4, 2018) Registered voters who care about cannabis equality have a lot to vote for and root for in California’s Tuesday primary election. Votes up and down the ticket will affect the trajectory of cannabis law reform, from the local level all the way up to the White House. When it comes to picking pro-cannabis legislators, there’s more choices than ever before, watchers say — from who we send to the Senate and House of Representatives, all the way down to who will decide if your town gets a dispensary or not.
https://www.leafly.com/news/politics/what-to-watch-for-in-californias-primary-on-tuesday
Noozhawk Asks: If Marijuana Is Legal in California, Why Are People Being Arrested? (CA – State Regulations)
Noozhawk (June 3, 2018) California voters legalized growing, selling and using marijuana and Proposition 64 — the Adult Use of Marijuana Act approved in November 2016 — allows 1 ounce of marijuana as the legal limit for recreational marijuana possession for adults over the age of 21. Santa Barbara County, cities and local governments all over the state are developing regulations for marijuana-related businesses, including dispensaries and grows.
https://www.noozhawk.com/article/noozhawk_asks_why_are_police_arresting_people_with_marijuana_20180603
Pets Not Eating More Marijuana In California Post Prop. 64, Data Shows (CA – State Regulation)
The Mercury News (June 5, 2018) Pets aren’t getting stoned more, or less, than they did before recreational cannabis became legal earlier this year in California. For several years, calls to animal poison control centers about pets accidentally ingesting marijuana — typically when the drug is used as an ingredient in food — have been on the rise.
https://www.mercurynews.com/2018/06/05/pets-not-eating-more-marijuana-in-california-post-prop-64-data-shows/
Data Shows Investments In Cannabis Market Continues To Accelerate (USA – Cannabis Market)
PR News Wire (June 4, 2018) According to research by the European investment bank Bryan, Garnier & Co., the legal global cannabis market is projected to grow more than 1,000% over the next decade and could reach USD 140 billion by 2027. Arcview Market indicated in a report that while California gets the media attention and Canada gets the investment dollars as the country expects to legalize cannabis for recreational use, it is the recent changes in European countries that are seen to be the big news of 2017, from a worldwide perspective.
https://www.prnewswire.com/news-releases/data-shows-investments-in-cannabis-market-continues-to-accelerate-684466681.html
DEA Clarifies Stance: CBD Is Not Prohibited (USA – Federal Regulations)
PR News Wire (June 1, 2018) The Drug Enforcement Administration (DEA) has issued a statement further clarifying their interpretation and enforcement of the Controlled Substances Act (CSA). In their statement, they make clear the critical difference between CBD and THC, a distinction that CBDfx and other cannabidiol retailers have been fighting to bring to light.
https://www.prnewswire.com/news-releases/dea-clarifies-stance-cbd-is-not-prohibited-300657814.html
It Was Good Enough for George Washington (USA – Hemp Industry)
The American Spectator (June 1, 2018) Senate Majority Leader Mitch McConnell is seeing green. He wants to legalize industrial hemp, a highly versatile derivative of the cannabis plant, and that’s great news for consumers and entrepreneurs. He’s been joined in the fight by his fellow Kentuckian Sen. Rand Paul and top Democratic leaders Sen. Mark Warner and Sen. Tim Kaine, both of Virginia.
https://spectator.org/it-was-good-enough-for-george-washington/
Industrial Hemp: Legalized Marijuana’s More Lucrative Sibling (USA – Hemp Industry)
The Legal Intelligencer (June 1, 2018) Derived from the identical plants, much easier to cultivate, and profoundly more profitable, industrial hemp lacks legalized marijuana’s glamour and intrigue. Hemp-derived products rising acceptance, combined with easing state regulations, caused the United States’ hemp production to explode in 2017.A versatile plant used for thousands of years as a food and fiber source, industrial hemp was grown commercially in the United States until both its and marijuana’s cultivation was prohibited after World War II.
https://www.law.com/thelegalintelligencer/2018/06/01/industrial-hemp-legalized-marijuanas-more-lucrative-siblin/
Did the National Cancer Institute ‘Finally Admit’ That ‘Marijuana Kills Cancer’? (USA – Health)
Snopes (June 4, 2018) An August 2015 article published on the website PoliticusUSA contains the claim that an update to an National Institutes of Health document included a “quiet” admission that marijuana “kills cancer.” That PoliticusUSA story has been, and continues to be, used as source material for variations on a “Cancer Institute Finally Admits Marijuana Kills Cancer” clickbait article that is cloned on a variety of low-rent websites.
https://www.snopes.com/fact-check/did-nci-admit-marijuana-kills-cancer/
Advocacy Groups Give Five Top Reasons For Voting For Or Against Medical Marijuana (USA – Medical Industry)
Newsok (June 3, 2018) The pro-medical marijuana group Oklahomans for Health lists these as its top five reasons that Oklahoma voters should support State Question 788 on June 26:…
https://newsok.com/article/5596646/advocacy-groups-give-five-top-reasons-for-voting-for-or-against-medical-marijuana
Why We Need Better, Smarter, Panic-Free Education On Cannabis (Canada – Cannabis Facts)
The Conversation (June 4, 2018) This week, the third reading and vote on the bill to legalize cannabis will take place in Canada’s Senate. As Bill C-45 was being studied by Senate committees on Parliament Hill, there was a frequent refrain of “we’re not ready,” “we need more time,” and especially “we need more education.” There seems to be a perception that if we don’t design and roll out massive awareness campaigns immediately, then all hell will break loose among a misinformed public post-legalization.
http://theconversation.com/why-we-need-better-smarter-panic-free-education-on-cannabis-97641