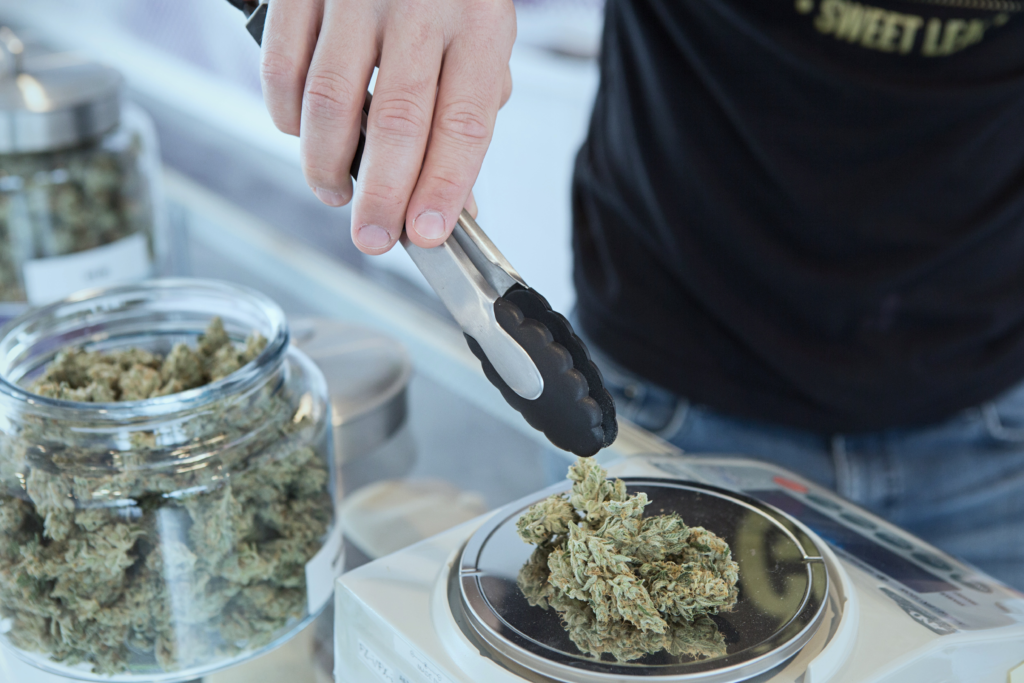 Study Suggests Your Favorite Cannabis Strains Could Be Mislabeled

“Without verification systems in place, there is the potential for misidentification and mislabeling of plants, creating names for plants of unknown origin, and even re-naming or re-labeling plants with prominent names for better sale. Cannabis taxonomy is complex, but given the success of microsatellites to determine varieties in other crops, we suggest the using genetic-based approaches to provide identification information for strains in the medical and recreational marketplace.”
A Study Conducted By The University Of Northern Colorado On Cannabis Strain Reliability
“Cannabis businesses need insurance coverage to help them recover when something goes wrong just as any other legalized business does. This first-of-its-kind Cannabis Business Owners Policy or CannaBOP program will make it easier for more insurers to enter the market and fill coverage gaps for cannabis businesses. I encourage insurers to take advantage of this new standardized CannaBOP program to file more cannabis insurance products with the department to meet the needs of this emerging market.”
CA Insurance Commissioner Dave Jones On Cannabis Insurance Coverage

Learn more about LeafLink here
First Cannabis Business Owners Policy Approved In California (CA – Cannabusiness)
Property Casualty 360 (June 5, 2018) California Insurance Commissioner Dave Jones announced Monday that he has approved the first Cannabis Business Owners Policy (CannaBOP) in the State of California. The American Association of Insurance Services (AAIS) designed the new CannaBOP program for cannabis dispensaries, storage facilities, processors, manufacturers, distributors and other cannabis-related businesses operating in the state.
https://www.propertycasualty360.com/2018/06/05/first-cannabis-business-owners-policy-approved-in/
Cannabis Companies Now Have Access To Property, Liability Insurance In California (CA – Cannabusiness)
The Orange County Register (June 4, 2018) When you’re running a marijuana business in California, getting insurance can be a challenge. Nearly all of the insurers that offer coverage are smaller carriers that aren’t regulated by the state and often are reluctant to enter the industry. California Insurance Commissioner Dave Jones plans to change that.
https://www.ocregister.com/2018/06/04/cannabis-companies-now-have-access-to-property-liability-insurance-policy-in-california/
Proposed Amendment to California’s Medical Marijuana Law On Hold – For Now (CA – Cannabis Market)
The Blunt Truth Law (June 5, 2018) California’s AB 2069, a bill to require employers to accommodate medical cannabis users, recently failed to advance past committee. We previously reported that the California legislature was considering AB 2069, the “Medical Cannabis Worker Protections Act,” a bill to amend the Fair Employment and Housing Act to require most employers to engage in the interactive process with and consider reasonable accommodations for cannabis users.
https://www.blunttruthlaw.com/2018/06/proposed-amendment-to-californias-medical-marijuana-law-on-hold-for-now/utm_source=Mondaq&utm_medium=syndication&utm_campaign=View-Original
California Legislature Considers A Dozen New Employment Laws (CA – State Legislation)
Business Management (June 5, 2018) Like a pride of lions flashing teeth and fangs, the California legislature is on the hunt in 2018. As has become an annual spring ritual, Sacramento politicians have once again proposed a progressive labor agenda. These significant employment law bills are pending in Sacramento. It remains to be seen which of these bills will end up on Gov. Jerry Brown’s desk.
https://www.businessmanagementdaily.com/51528/california-legislature-considers-a-dozen-new-employment-laws
How Santa Barbara County Will Handle Marijuana Money From Taxes, Fees (CA – Local Regulation)
Noozhawk (June 4, 2018) Millions of dollars in tax money and fees from marijuana-related businesses will be held in a separate account from other Santa Barbara County funds, to protect against the risk of asset forfeiture, according to Treasuer-Tax Collector Harry Hagen. The Board of Supervisors has adopted land use and business licensing ordinances for cannabis businesses, which will go into effect soon, and put a tax measure on Tuesday’s primary election ballot, so the county has to develop a banking strategy for the revenues.
https://www.noozhawk.com/article/santa_barbara_marijuana_tax_revenues_fees
The Cannabis Strains Of Summer (For Every Tolerance Level) (CA – Cannabis Products)
East Bay Express (June 6, 2018) California is having its wildest cannabis summer — ever. We’re six months into recreational legalization, with the nation’s first fully permitted recreational cannabis events, including back-to-back Cannabis Cups in Sacramento and Santa Rosa. As the state heats up and vacations begin, there’s a riot of wonderful cannabis products to seek out, from designer strains to tasty vapes and beyond. We’ve broken up our recommendations by potency. Let’s dig in.
https://www.eastbayexpress.com/oakland/the-cannabis-strains-of-summer-for-every-tolerance-level/Content?oid=16716343
San Francisco Brewer Hopes To Get CBD-Infused Beers Back On The Market (CA – Cannabis Market)
Marijuana.com (June 4, 2018) Jim Furman is taking the high road in response to an action by the U.S. Alcohol and Tobacco Tax and Trade Bureau (TTB), which recently halted the sales of a line of beer made with cannabidiol (CBD) he was producing and selling. Black Hammer Brewing in San Francisco had been selling the beer for more than a year when the federal regulator ordered the company to halt sales.
https://www.marijuana.com/news/2018/06/san-francisco-brewer-hopes-to-get-cbd-infused-beers-back-on-the-market/
The DEA Seized 40 Percent Fewer Cannabis Plants in 2017 Than 2016 (USA – Federal Regulation)
Civilized (June 5, 2018) As more states legalize marijuana, it seems the Drug Enforcement Agency (DEA) has less reason to enforce federal cannabis laws. And it turns out they’re actually cutting back on how much they’re going after marijuana. Data from the DEA shows the agency confiscated 37 percent less marijuana plants in 2017 than they did in 2016. The DEA seized 3.38 million marijuana plants in 2017, which may seem like a lot, but is significantly less than the 5.34 million they seized in 2016. The DEA also announced they seized about 60 percent less in personal assets in 2017 compared to the year before.
https://www.civilized.life/articles/dea-seized-less-cannabis-2017/
Marijuana Strain Labeling Likely Misleading, Study Says (USA – Cannabis Industry)
Marijuana Moment (June 5, 2018) A recent analysis of popular marijuana strains revealed widespread “genetic inconsistencies” that raise questions about what consumers are really getting at their local dispensaries. The study, released last week, looked at 122 samples of 30 common cannabis strains, obtained from dispensaries in multiple cities around the United States. It turns out that strain names don’t appear to be reliable indicators of a given product’s actual genetic profile.
https://www.marijuanamoment.net/marijuana-strain-labeling-likely-misleading-study-says/
Why Marijuana-Infused Edibles Are A Huge Opportunity For Entrepreneurs (USA – Cannabusiness)
My San Antonio (June 6, 2018) There are many ways to earn money in the marijuana industry without growing or selling marijuana flower. Increasingly, the most popular is through the creation of cannabis-infused edibles. There’s also perhaps never been a better time to enter the industry. Colorado, Oregon and Washington were forerunners on legal recreational marijuana. But with Nevada and California recently joining their ranks – and Massachusetts expected to do so in July – a horde of entrepreneurs have been unleashed on the industry.
https://www.mysanantonio.com/news/article/Why-Marijuana-Infused-Edibles-Are-a-Huge-12969454.php