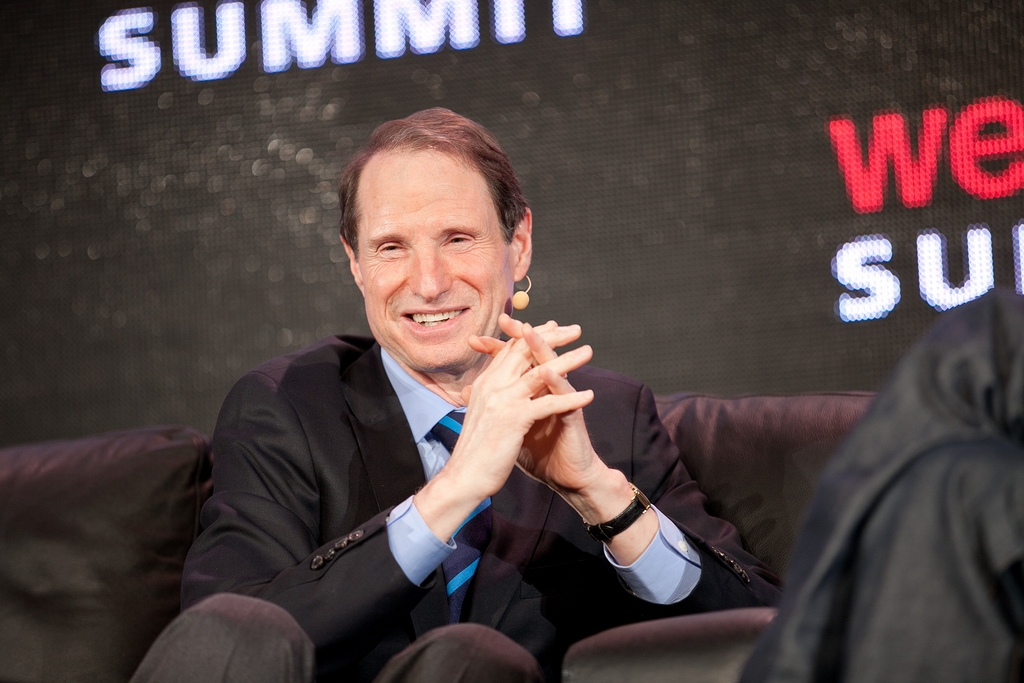 “This is an approach that allows the states to move forward. If a state like Oklahoma or Kansas or Nebraska chooses for themselves not to do this, they do not have to. The federal law remains the same. Nothing changes for them. But for those states like Massachusetts and Colorado, this is the opportunity our founders intended: allow states to be those laboratories of democracy.”
Senator Cory Gardner (R-CO) On The STATES Act
“He’s got a few Schedule One snack bars. He’s got some Schedule One hand soap. He’s even wearing a Schedule One necktie. The point is, they’re all perfectly legal products you’ll find on shelves in stores throughout the nation, but because the hemp had to be imported, none of it could be considered fully American-made. If you can buy it at a supermarket in America, our farmers ought to be allowed to grow it in America.”
Senator Ron Wyden (D-OR) On The Industrial Hemp Industry Coming To The United States

Learn More About LeafLink Here
With Trump’s Support, STATES Act Could End Nationwide Cannabis Prohibition (USA – Federal Legalization)
Leafly (June 7, 2018) A bipartisan group of senators and representatives introduced a historic bill this morning that could change the cannabis legalization landscape across the United States. In a move that’s been anticipated for weeks, Sen. Cory Gardner (R-CO) and Sen. Elizabeth Warren (D-MA), and Rep. David Joyce (R-OH) and Earl Blumenauer (D-OR) introduced the Strengthening the Tenth Amendment Entrusting States (STATES) Act this morning on Capitol Hill. The measure would exempt state-legal marijuana from the Controlled Substances Act, allowing every state to legalize and regulate cannabis (or keep it illegal) as they see fit.
https://www.leafly.com/news/politics/with-trumps-support-states-act-could-legalize-cannabis-nationwide
Republican California Cannabis Champion’s Job At Risk In Primary Today (CA – Cannabis Politics)
The Street (June 5, 2018) Control of Congress isn’t the only thing on the line in Tuesday’s primaries. As eight states hold elections Tuesday for candidates for state, local and congressional offices ahead of November’s midterm election, the cannabis industry has turned its attention to Rep. Dana Rohrabacher, a Republican from California’s 48th congressional district, which includes Orange County cities and towns such as Irvine and Laguna Beach.
https://www.thestreet.com/politics/california-cannabis-is-in-trouble-if-this-republican-doesn-t-win-the-primary-14612238
Crash or Cash: What’s Happening to California Cannabis Prices? (CA – State Market)
Leafly (June 6, 2018)  At a high-end dispensary in San Francisco, the self-proclaimed center of all things disruptive, staffers are debating if the time is right to unleash onto the market something never before seen, something they believe could revolutionize California’s multibillion-dollar marijuana industry. They’re wondering whether they can charge $90 for an eighth of an ounce of cannabis—and if customers will still buy it.
https://www.leafly.com/news/industry/crash-or-cash-whats-happening-to-california-cannabis-prices
California’s Cannabis Landscape Shifting With The Coming End To Prop 215 (CA – State Regulations)
Baystreet (June 6, 2018) During the first quarter of 2018, California made $60.9 million in cannabis tax revenue, marking the first wave of the state’s new legalization era. Those revenues broke down into $32 million in revenue from the state’s excise tax, an additional $27.3 million in revenue from sales tax, and another $1.6 million from the cultivation tax. With medical cannabis being exempt from sales tax if the purchaser holds a valid Medical Marijuana ID card, the total injection of revenues is a positive looking forward for California.
http://www.baystreet.ca/articles/stockstowatch/39495/Californias-Cannabis-Landscape-Shifting-with-the-Coming-End-to-Prop-215
California Has Set The Cannabis Curve—Again (CA – Recreational Use)
Leafly (June 6, 2018) Wander into the city block-sized cannabis Coachella in California’s Wine Country last weekend, and you would have experienced a Matrix-like reality shift. ‘Wait, where is the 215 area?’ you think. ‘You know, the place where they corral the pot smokers under the murky medical defense of California’s Proposition 215 from 1996?’
https://www.leafly.com/news/lifestyle/california-has-set-the-cannabis-curve-again
This Lawmaker Just Brought Cannabis Products Onto The Senate Floor (USA – Hemp Industry)
Marijuana Moment (June 6, 2018) A member of Congress just brought two baskets full of cannabis products onto the floor of the United States Senate. But not the kind that gets you high. Sen. Ron Wyden (D-OR), as part of a weeklong series of actions on Capitol Hill in support of industrial hemp, pointed to his collection  non-psychoactive cannabis-based foods and cosmetics during a speech on Wednesday.
https://www.marijuanamoment.net/this-lawmaker-just-brought-cannabis-products-onto-the-senate-floor/
How Cannabis Banking Is A Matter of Public Safety (USA – Cannabis Finance)
The National Law Journal (June 6, 2018) Cannabis is one of the fastest-growing industries in the United States. However, federally regulated banks are virtually nonexistent in the space. Consequently, cannabis is largely a cash business. “Workarounds” to the banking deficit undermine the objectives of money laundering laws, and those dealing with large amounts of cash risk their physical safety. Measures by the federal government making it easier for banks to service the industry could alleviate those public safety concerns.
https://www.law.com/nationallawjournal/2018/06/06/cannabis-banking-is-a-matter-of-public-safety/
These Are The 4 Big Buzzwords In the Cannabis Industry Right Now (USA – Cannabis Industry)
Entreprenuer (June 6, 2018) Last month, Kevin O’Leary, of CNBC’s Shark Tank, opened his keynote speech at MJBizCon NEXT in New Orleans with an earnest assessment of the cannabis industry, “I’ve worked in all eleven sectors of the S&P, and I have never seen anything like this.” He was preaching to the choir. Thousands of cannabis industry leaders, many of whom would not have looked out of place at the tech conference sharing the convention center, had gathered in the Big Easy to compare notes, make deals, and continue to build one of the world’s fastest-growing industries.
https://www.entrepreneur.com/article/314345
How To Have An Epic Cannabis Summer (USA – Cannabis Market)
East Bay Express (June 6, 2018) Now that cannabis is legal in California and many other locales, expect the 2018 summer travel season to be a game-changer. From our own backyard to the far corners of the globe, there are legit, legal weed experiences to be had. In addition to California, Colorado, Oregon, Washington, Alaska, Nevada, Massachusetts, and Maine, plus Washington, D.C., have legalized marijuana — along with Uruguay and, soon, Canada.
https://www.eastbayexpress.com/oakland/how-to-have-an-epic-cannabis-summer/Content?oid=16717410
How To Use Cannabis to Reduce Opioid Dependence (USA – Cannabis Care)
Leafly (June 6, 2018) The overuse and misuse of opioid medications is major public health problem for which we don’t currently have an effective solution. Nearly 2.5 million Americans struggle with opioid addiction and over 100 people die every day from opioid overdose. Though controversial, more and more evidence is showing that medical cannabis could be a lifesaving component of a strategy to solve to this epidemic.
https://www.leafly.com/news/health/using-cannabis-to-reduce-opioid-dependence
School Nurses In Colorado Can Now Administer Medical Cannabis (CO – State Regulation)
High Times (June 5, 2018) Yet again, the state of Colorado is ahead of the curve—at least, in terms of increased access to medical marijuana. Thanks to a new bill, school nurses in Colorado can now administer medical cannabis, as long as parents give consent. Parents were already allowed to give their children medical marijuana in school. However, parents of students with a medical card were required to physically go to the school and administer the medicine themselves.
https://hightimes.com/news/school-nurses-colorado-can-now-administer-medical-cannabis/