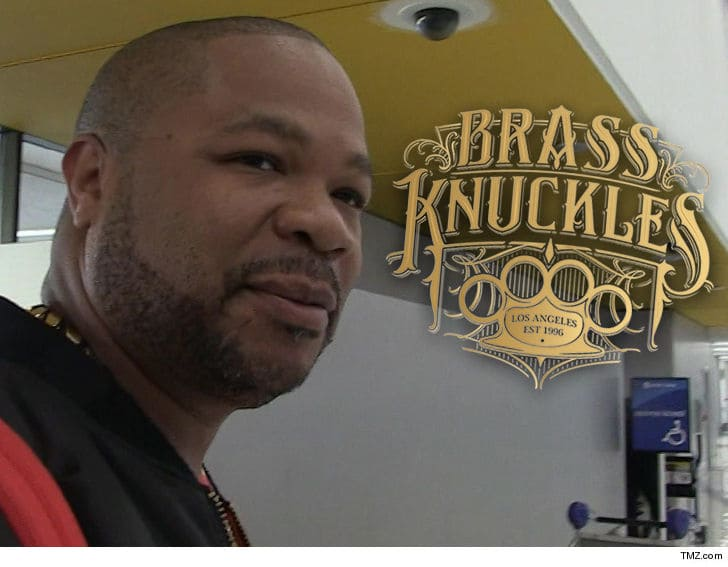 “Legalization done poorly has actually hurt the well regulated market in California. Consumers can’t access the product they want. Most consumers in California probably have to drive 30 or 40 minutes compared to six months ago when they could have any product they wanted with the click of a button on an app. That market hasn’t gone away.”

“We have a lot of people who are interested in being compliant and getting into the regulated market. If we can continue that kind of relationship where they’re going to stay in the regulated market, it will be easier to target and eliminate black market growers.”

Xzibit Sued For Allegedly Promoting Pesticide-Laced Weed (CA – Pesticide Use)
TMZ (May 10, 2018) Ignacio Lee claims in a new lawsuit he bought Brass Knuckles branded THC Concentrate Vape Cartridges in Candy Apple and Sour Diesel. Xzibit promoted the brand on his Instagram, and that’s what attracted Lee to the product. Xzibit said on his social media, “Our oil is clean.” In another post he says the product is “COMPLETELY pesticide AND contaminate FREE.”
http://www.tmz.com/2018/05/10/xzibit-weed-lawsuit-pesticide-pot-marijuana/

California Police Claim Marijuana Edibles ‘Could Cause Death’ (CA – Regulation Enforcement)
Cannabis Now (May 8, 2018) Tim Tietjen is a sergeant at the Fresno, California police department, where he serves on the narcotics enforcement team. As such, Tietjen is an expert in drugs and their effects on the human body — or at least, he is supposed to be.
https://cannabisnow.com/marijuana-edibles-death/

Cannabis Tax Revenue In California Falls Far Short Of Projections (CA – Tax Revenues)
SF Chronicle (May 9, 2018) State taxes on legal marijuana sales in California are coming in far short of projections — $34 million in the first quarter of 2018, about a third of the revenue that officials anticipated, according to data released Wednesday by the Legislative Analyst’s Office.
https://www.sfchronicle.com/news/article/Cannabis-tax-revenue-in-California-falls-far-12902556.php?src=hp_totn

Legality Of Commercial Pot Use Split Along County Lines In California (CA – Recreational Marijuana)
Insurance Business Magazine (May 9, 2018) Even as the California Department of Insurance approves new coverages for businesses involved in the cannabis industry, many participants in the state are still in limbo about how to write marijuana coverage.
https://www.insurancebusinessmag.com/us/news/cannabis/legality-of-commercial-pot-use-split-along-county-lines-in-california-100131.aspx

California Town Discovers That Cannabis Has a Scent (CA – Cannabis Cultivation)
Leafly (May 10, 2018) This picturesque coastal town cradled by mountains and sandy shores is a scene out of a Southern California postcard. Residents of Carpinteria say they feel lucky to live in what they consider a slice of paradise. But change is in the air. And sometimes, they say, it stinks.
https://www.leafly.com/news/industry/california-town-discovers-that-cannabis-has-a-scent

When Cancer Patients Ask About Weed, Many Doctors Say Go For It (USA – Medicinal Cannabis)
NPR (May 10, 2018) Thirty U.S. states have enacted medical cannabis laws, and all but one of them include cancer in the list of conditions allowed. Such laws give cancer patients across the country access to a substance that remains illegal under federal law. Anecdotal reports suggest marijuana is helpful in managing symptoms of chemotherapy, like pain and nausea.
https://www.npr.org/sections/health-shots/2018/05/10/610039787/when-cancer-patients-ask-about-weed-many-doctors-say-go-for-it

Exclusive: US Marijuana Sales May Reach $10 Billion This Year, $22 Billion By 2022 (USA – Cannabis Market)
Marijuana Business Daily (May 9, 2018) Retail sales of medical and recreational cannabis in the United States are expected to hit $8 billion-$10 billion this year – a nearly 50% increase from 2017 – and rise as high as $22 billion by 2022.
https://mjbizdaily.com/exclusive-marijuana-sales-may-reach-10-billion-this-year-22-billion-by-2022/

Prenatal Marijuana Use Can Affect Infant Size, Behavior, Study Finds (USA – Cannabis Consumption)
Science Daily (May 10, 2018) Smoking during pregnancy has well-documented negative effects on birth weight in infants and is linked to several childhood health problems. Now, researchers have found that prenatal marijuana use also can have consequences on infants’ weight and can influence behavior problems, especially when combined with tobacco use.
https://www.sciencedaily.com/releases/2018/05/180510145924.htm

Marijuana Cultivators Find Ways To Shorten Curing Process (USA – Cannabis Cultivation)
Marijuana Business Daily (May 10, 2018) In an ideal world, cultivators would have the luxury of time when it comes to drying and curing their cannabis. They’d take 30 to 60 days – waiting, sniffing, eyeing and “burping” – to achieve the ideal cannabinoid and terpene profile for each lovingly grown flower.
https://mjbizdaily.com/marijuana-cultivators-finding-ways-to-shorten-curing-process/

Marijuana Users Don’t Mind Being Labeled Stoners And Potheads (USA – Labeling)
Forbes (May 11, 2018) There was once a time, decades ago, when being labeled a stoner or pothead was how a person knew they had gotten under the skin of authority. It was almost considered a badge of honor, because it meant the individual was a true representative of all things characteristically burned at the stake under the hole-in-the-sheet ethos of popular culture.
https://www.forbes.com/sites/mikeadams/2018/05/11/marijuana-users-dont-mind-being-labeled-stoners-and-potheads/#2fe662fa7dc2

Farmers Market For Marijuana First Of Its Kind In Las Vegas (NV – Cannabis Sales)
KTNV (May 11, 2018) A farmers market for pot — the creators say the first in the state is in Las Vegas. It’s inside Acres Cannabis. You’ll hear loud music and see metal and graffiti on the walls as well as vendors selling out of car trunks.
https://www.ktnv.com/news/marijuana/farmers-market-for-marijuana-first-of-its-kind-in-las-vegas

Treating Morning Sickness With Weed: Nearly 70 Percent Of Colorado Marijuana Dispensaries Recommend (CO – Medical Cannabis)
Newsweek (May 5, 2018) Nearly 70 percent of 400 marijuana dispensaries included in a recent study advised a woman who claimed to be pregnant and suffering from morning sickness to use the drug to treat her ailment. Although the science on whether or not marijuana affects a developing fetus is still unclear, this finding shows there is a problem in dispensary worker training when it comes to dealing with pregnant customers.
http://www.newsweek.com/marijuana-pregnancy-weed-thc-pregnant-mom-smoke-weed-920308