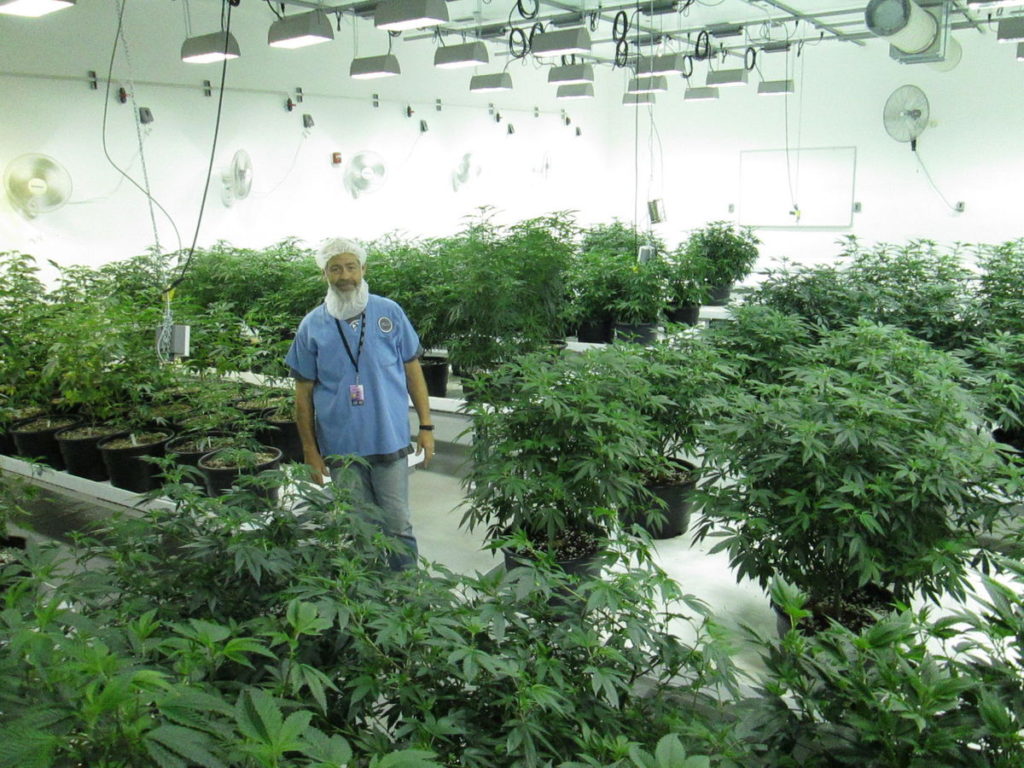 “We are seeing states have become very territorial about their rights to do this, regardless of what the Trump administration does.”

John Hudak, A Marijuana Policy Expert At The Brookings Institution

“You have to have blinders on to not understand how large this industry can become.”

Los Angeles Times (May 24, 2017) If a whiff of uneasiness hung over the trade show that drew thousands of marijuana entrepreneurs here last week, it wasn’t because they were just around the corner from a White House that has threatened to shut them down.

Business Insider (May 24, 2017) In California, seniors are getting together to sample weed-laced lip balms, topical ointments, and tinctures in Mary Kay-style parties at their retirement communities. Baby boomers make up one of the fastest growing age groups to embrace marijuana. One study found a 71% increase in marijuana use among adults aged 50 and older in the last decade.

San Anselmo Patch (May 24, 2017) The Marin County Board of Supervisors upheld a decision by the county administrator and denied appeals to seven prospective applicants who wanted to open medical cannabis dispensaries in unincorporated areas of Marin.

Daily Bruin (May 24, 2017) Rashmi Mullur and Ravi Aysola watched helplessly as their infant son seized again in their arms. Just four and a half months after he was born with a congenital brain malformation, Siddharth Aysola began contracting infantile spasms. Mullur and Aysola immediately drove their son to the Ronald Reagan UCLA Medical Center emergency room. Within a week, Sidd started to experience seizures.

The Hansindia (May 24, 2017) Indian-American Businessman Nitin Khanna entered California with his Cannabis business, the fastest growing industryin America. As more states legalize recreational use, the demand for premium cannabis is expected to increase. With a population of 39.1 million, California is the largest market in America within this industry; it was also the first state to legalize the medical use of marijuana back in 1996.

Ventura County Star (May 24, 2017) Port Hueneme is another step closer to allowing medical cannabis to be grown, sold and delivered after the City Council voted for such an ordinance Monday night. The council will consider a final adoption of the ordinance when it meets at 6:30 p.m. June 5, Port Hueneme City Manager Rod Butler said Tuesday.

Daily Bruin (May 23, 2017) UCLA has a leading medical school, award-winning research departments and thousands of talented students. But the university has still managed to be outpaced by California’s marijuana industry.

The Mendocino Voice (May 24, 2017) “Growing,” the first art showing focusing on “art, life, and cannabis” in Mendo opens next Friday, June 2 as part of the First Friday event in Ukiah. Presented and organized by the Arts Council of Mendocino County, the curators decided to create a timely opportunity for residents and local artists to “consider the role of cannabis in local life and culture through the lens of art, and to express their own experiences with it” as California make a historic transition to a fully legal recreational cannabis market.

Ganjapreneur (May 24, 2017) Benchmark Capital, the Silicon Valley venture capital firm whose investments include Uber, Dropbox, Snap, and WeWork has infused capital into Oakland-based startup Hound Labs – makers of a breathalyzer for cannabis, according to a Business Insider report. The firm led the tech company’s recent $8.1 million funding round.

News Fix (May 24, 2017) The governor of Vermont has rejected a bill to legalize recreational marijuana in his state. Governor Phil Scott, a Republican, told reporters he was not satisfied that the bill adequately protected public safety. He said he was particularly worried about the threat of stoned drivers and about children getting access to pot.

At Least 10K Oregonians Have Dropped From MMJ Patient Count Since Rec. Adoption (OR – Recreational Cannabis)

Ganjapreneur (May 24, 2017) The number of registered patients in Oregon has declined significantly since voters in the state legalized cannabis use for adults in 2014, falling from 77,000 to 67,000, according to NPR-affiliate KUOW. Many patients registered as medical users are declining to renew their medical cards – which costs $200 – opting instead to purchase their medicine in the recreational market.

Ganjapreneur (May 24, 2017) According to figures from Oregon’s Marijuana Regulation Committee, cannabis startups in the state have had at least $60 million to $80 million invested in the last six months, Northwest Public Radio reports. Projects range from gene testing, to perfecting new delivery methods such as transdermal patches, to researching medical applications for cannabis.

Ganjapreneur (May 24, 2017) Orlando, Florida attorney John Morgan was one of the major financial backers of the two statewide ballot initiatives to expand the state’s medical cannabis regime, and in an interview with the Miami Herald, he indicated plans to invest up to $100 million into “the right opportunities” in the cannabis space.