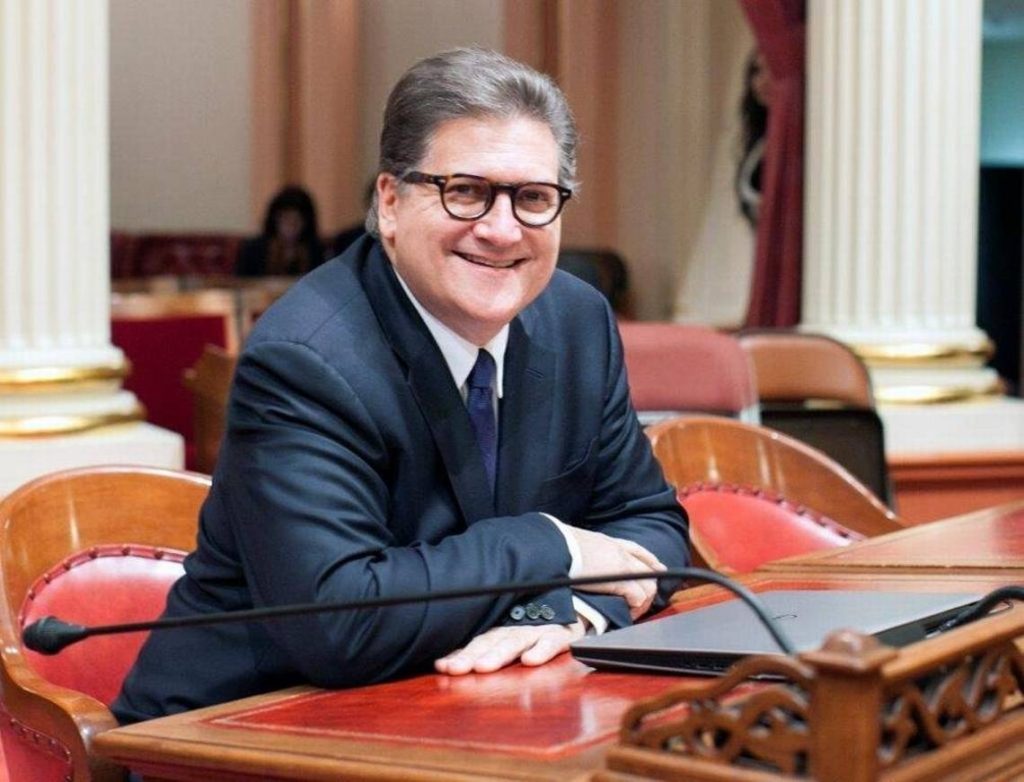 Senator Bob Hertzberg, Author Of SB 930 To Create A State Charter For Privately Financed Banks.
“We’re not trying to exaggerate how bad it is, but we’ve definitely realized just how much of the market is not being served by legally licensed outlets. We’re seeing a modest gross in our business, yet the market should’ve easily grown two or three times more. In fact, the market did grow that much, but the state and its cities just haven’t been able to capture it.”
Berkeley Patients Group COO Sean Lus
“Data reveals that 144 out of 482 California cities allow any kind of cannabis business to operate in their borders, and fewer than one in five California cities allow medical marijuana dispensaries, even though medical marijuana has been legal in California since 1996. Many people seem to think it’s a free-for-all when it comes to cannabis in California now that recreational marijuana is legal. But as the numbers above show, that’s far from the case.”
The Mercury News reports on data collected on California cannabis, accessible on TheCalifornian.com

Exclusive Analysis: Only One In Seven California Cities Allow Recreational Marijuana Stores (CA- Recreational Cannabis)
The Mercury News (April 15, 2018) Eighteen months after California voters enthusiastically endorsed legal marijuana, just one in seven cities in the state allow recreational cannabis stores, according to a first-of-its-kind study by this news organization and its California partners. And only one in three allow any kind of cannabis business at all.

Scoring Cannabis In California Is More Complicated Than You Might Think (CA- Cannabis Industry)
Nuvo (April 18, 2018) On a recent trip to San Diego, I took the opportunity to visit Torrey Holistics, the first dispensary licensed in California to sell recreational marijuana. Because of Proposition 64, which was on the November 2016 state ballot, recreational usage of marijuana has been legal in California since Jan. 1, 2018—but with many caveats and restrictions.
https://www.nuvo.net/news/scoring-cannabis-in-california-is-more-complicated-than-you-might/article_871e3798-437b-11e8-97d1-7b56faad831e.html

4/20 Bash Rolls Around, The 1st Post-Legalization; City Vows To Minimize Mayhem (CA- Cannabis Industry)
The San Francisco Chronicle (April 18, 2018) Throngs of partyers will gather around Hippie Hill in Golden Gate Park on Friday to revel under skunky clouds of marijuana smoke during the annual bud-worshiping bash that has been known to cause conniptions among San Franciscans who don’t like garbage and urine in their shrubbery.
https://www.sfchronicle.com/bayarea/article/420-bash-at-Golden-Gate-Park-will-be-tightly-12845768.php

Where Do We Grow from Here? (CA- Cannabis Industry)
SF Weekly (April 19, 2018) While Californians prepare to celebrate 4/20, the cannabis industry finds itself at a crossroads. It’s been nearly four months since adult-use marijuana became available for sale in cities across the state, but bureaucratic red tape and cumbersome taxes remain major roadblocks on the path to a fully realized market.

Where Do We Grow from Here?

Golden State Green Rush: A Grower’s Story (CA- Cannabis Industry)
Capital & Main (April 19, 2018) A slim hall leads into a dark room where one enters the soul of the Blaqstar Farmscannabis grow, a 30-light operation rooted in East Los Angeles. On the other side of this warehouse where the lighting is standard luminosity, a couple of cool brown cats in their forties trim a strain called Birthday Cake and fill bags with the fluffy, freshly coiffed green nuggets.

Lawyer-Turned-Entrepreneur Spencer Vodnoy Wants To Bring Marijuana To Pasadena (CA- Local Ordinances)
Pasadena Weekly (April 19, 2018) There isn’t much to look at in this industrial area on the outskirts of Adelanto. Many of the drab beige and gray buildings, mostly warehouses and factories, appear to be abandoned. The ones actually doing business amongst the Joshua trees dotting the hot and dusty landscape of this small desert town also have little consumer appeal.

Rep. Earl Blumenauer Delivers The Cannabis State Of The Union 2018 (CA- Cannabis Advocacy)
The Cannabist (April 19, 2018) In 1996, with California’s vote to legalize medical marijuana–followed shortly thereafter by Arizona and Oregon–we moved into a new period of activism driven by the will of the voters, not the politicians. Victories for medical marijuana and decriminalization began piling up in state after state. https://www.thecannabist.co/2018/04/19/earl-blumenauer-cannabis-state-of-the-union-2018/103847/

420: Classic Cannabis Songs From The Jazz Age As Stoners Mark Unofficial Weed Day (CA- Cannabis Industry)
The Independent (April 19, 2018) Friday marks “420”, effectively an unofficial National Weed Day in the US and around the world, where proud stoners gather to smoke cannabis and lobby for its wider legalisation. https://www.independent.co.uk/arts-entertainment/music/news/420-national-weed-day-us-cannabis-songs-jazz-age-legislation-california-marijuana-a8312071.html

California: Join 420 Celebrations At Harborside, Voted ‘Best Dispensary In The State’ (CA- Cannabis Advocacy)
Weed News (April 19, 2018) Spring is here and 420 is upon us. Help Harborside celebrate during special hours on Friday April 20th from 9 AM to 8 PM. Join us at our Oakland and San Jose locations to celebrate the day with product demonstrations, food and coffee vendors, a very special art exhibit, and the launch of our new Spring Collection of Flowers. Steve DeAngelo and Andrew DeAngelo will stop by both locations. Look for live music and a book signing!
https://www.weednews.co/california-join-420-celebrations-at-harborside-voted-best-dispensary-in-the-state/

Why Legalization Won’t Change Racial Disparities In Cannabis Arrests (CANADA- Local Ordinances)
VICE News (April 19, 2018) With recreational cannabis legalization just around the corner, it is becoming increasingly apparent that black and Indigenous people have been disproportionately victimized by Canada’s war on drugs.
https://news.vice.com/en_ca/article/gymnym/why-legalization-wont-change-racial-disparities-in-cannabis-arrests