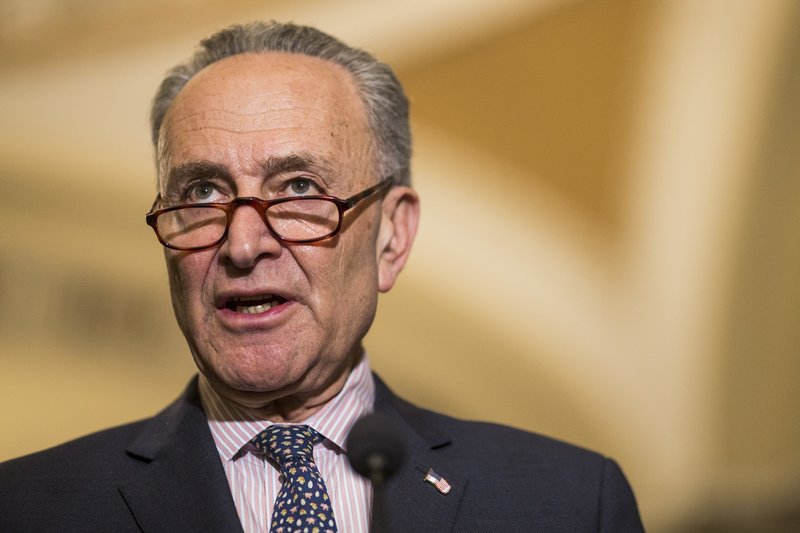 “The legislation is long overdue based on, you know, a bunch of different facts. I’ve seen too many people’s lives ruined because they had small amounts of marijuana and served time in jail much too long. Ultimately, it’s the right thing to do. Freedom. If smoking marijuana doesn’t hurt anybody else, why shouldn’t we allow people to do it and not make it criminal?”
Chuck Schumer, Senate Minority Leader on planning to introduce a bill that would decriminalize marijuana at the federal level

“I can tell you that shutting down the event would be the most drastic step the city would take because of the user impact it would have on the attendees of the event who bought tickets in good faith, on the police department which would use significant manpower and the city which would likely then be engaged in costly litigation to follow.”
Steven Graham, Deputy San Bernardino City Attorney

Chuck Schumer To Unveil Bill Decriminalizing Marijuana At The Federal Level (USA- Federal Regulations)
TIME (April 19, 2018) Senate Minority Leader Chuck Schumer is planning to introduce a bill on Friday that would decriminalize marijuana at the federal level, he said in a new interview with VICE News.
http://time.com/5247431/senator-chuck-schumer-marijuana-decriminalize-bill/

Sen. Charles Schumer Introduce Measure To Decriminalize Marijuana (USA- Cannabis Advocacy)
Los Angeles Times (April 20, 2018) The Senate’s top Democrat announced Friday that he is introducing legislation to decriminalize marijuana, the first time that a leader of either party in Congress has endorsed a rollback of one of the country’s oldest drug laws.
http://www.latimes.com/politics/la-pol-marijuana-decriminalization-measure-20180420-story.html

A Drug Made From Cannabis Moves Closer To Approval In A US First (USA- Federal Regulations)
Bloomberg (April 19, 2018) U.S. drug regulators are edging closer to approving the first-ever medicine derived from a marijuana plant, an experimental epilepsy treatment developed by GW Pharmaceuticals Plc.
https://www.bloomberg.com/news/articles/2018-04-19/in-first-drug-made-from-cannabis-moves-closer-to-u-s-approval

How Dosing Man’s Best Friends With Medicinal Marijuana Could Potentially Help Health Issues (USA- Cannabis Legalization)
Pacific Northwest Inlander (April 19, 2018) The merits of cannabidiol (CBD) have been repeatedly shown in the short amount of time research has been available, potentially offering help for physical ailments such as arthritis, epilepsy and nausea to mental issues like anxiety and addiction.
https://www.inlander.com/spokane/how-dosing-mans-best-friends-with-medicinal-marijuana-could-potentially-help-common-health-issues/Content?oid=9381609

How Legalized Pot Could Ruin A Famous Pot Convention (CA- Cannabis Industry)
The Sun (April 19, 2018) The legendary pot-judging contest called the Cannabis Cup has somehow managed to flourish under prohibition. Maybe because prohibition was relatively simple.

Amid ‘Green Rush’ Of Legal Cannabis, California Strives To Control Adverse Effects On Water (CA- Cannabis Legalization)
Water Education Foundation (April 20, 2018) The “green rush” from a newly legal recreational cannabis industry has introduced a host of issues as state and local officials seek to stay on top of a quickly growing industry.
http://www.watereducation.org/western-water/amid-green-rush-legal-cannabis-california-strives-control-adverse-effects-water

Turning To Marijuana For A Runners’ High And More (USA- Cannabis Regulations)
The New York Times (April 20, 2018) The ultramarathoner Avery Collins, among the fastest in the world, is not shy about appearing in photographs holding a bong. The first time he tried running after using marijuana, he said, he realized “it allowed me to be very present and not to worry as much about overall times and what’s going on with the run.”