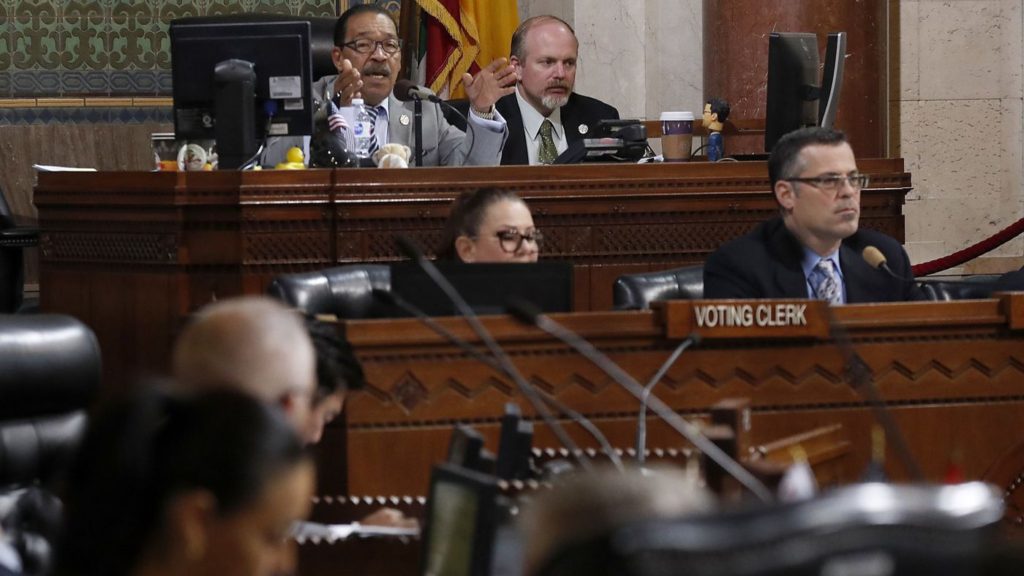 “Developing a field sobriety test for the drug is not going to be as simple as the ones we’ve been developing for alcohol. Because a lot of people have different baselines and different impairment measures based off of when they began using the drug, how often they use the drug, whether they’ve built up a tolerance and other factors to take into account.”
Elisa Pabon, a doctoral neurobiology student at the University of Chicago.

“I think there’s good evidence to suggest that CBD could be an effective treatment of anxiety and addiction” and other disorders, but we need clinical trials to find out.”
Dr. Esther Blessing, a psychiatrist and researcher at New York University.

Marijuana Growers, Manufacturers Have Yet To Get The Green Light From L.A. (CA- City Ordinances)
Los Angeles Times (April 23, 2018) Months after California legalized the marijuana business, pot growers and manufacturers lament that they are still locked out of the legal industry in Los Angeles.
http://www.latimes.com/local/lanow/la-me-ln-marijuana-status-20180423-story.html

Before They Were Anti-Sanctuary, They Were Anti-Cannabis (CA- Local Ordinances)
CityLab (April 20, 2018) To understand legal battles over California’s sanctuary state policies, look to the historical struggle over cannabis legislation.
https://www.citylab.com/equity/2018/04/before-they-were-anti-sanctuary-they-were-anti-cannabis/557417/?utm_source=feed

Are You Too Stoned To Drive? New Phone Games Could Help You Decide (CA- State Regulations)
CPR (April 20, 2018) As Californians take advantage of newly legal recreational pot, scientists are teaming up with app developers to solve some very tricky problems: how to identify weed impairment on the road, and how to stop people from driving high in the first place.
http://www.capradio.org/113450

Politifact CA: Do A Majority Of Americans Live In States With Legal Marijuana? (CA- Cannabis Research)
PolitiFact (April 19, 2018) For the first time this week, Californians can celebrate “4/20,” the unofficial pot holiday, by purchasing legal recreational cannabis at dispensaries across the state.
http://www.politifact.com/california/statements/2018/apr/19/john-chiang/do-majority-americans-live-states-legal-marijuana/

Cannabis Flowers Are Legal In Italy. You Just Can’t Eat Or Smoke Them (Global- Cannabis Industry)
New York Times (April 21, 2018) For the past year, small jars of cannabis flowers have been flying off the shelves of Italian specialty shops: a phenomenon that’s described as a “green gold rush.”

2 Cannabis Entrepreneurs Share Their Secrets For Success (USA- Cannabis Advocacy)
Forbes (April 20, 2018) Today is April 20, the unofficial cannabis culture holiday. As marijuana gains broader legal status each year (recreational use is currently legal in nine U.S. states plus the District of Columbia; medical marijuana is legal in another 29 states), the cannabis industry is poised for massive growth.
https://www.forbes.com/sites/meimeifox/2018/04/20/two-cannabis-entrepreneurs-share-their-secrets-for-success/#61d744bf4fbd

City Councilman Mitch Englander Calls For Marijuana ‘Amnesty Boxes’ At LAX (CA- Local Ordinances)Los Angeles Times (April 21, 2018) A Los Angeles City Council member wants to give travelers flying out of Los Angeles International Airport with marijuana in their possession the option to dump the legal drug in a so-called “amnesty box” before going through security.
http://www.latimes.com/local/lanow/la-me-ln-marijuana-20180420-story.html

Legal Weed In California: A Consumer’s Guide (CA- Cannabis Industry)
Los Angeles Times (April 20, 2018) The recreational use of marijuana became legal in California on Jan. 1. The state is now home to the country’s largest legal pot market. But it’s still possible for cannabis customers to run afoul of state and local laws, which dictate where and how weed can be purchased and consumed.
http://www.latimes.com/politics/la-pol-ca-cannabis-consumer-guide-20180420-htmlstory.html